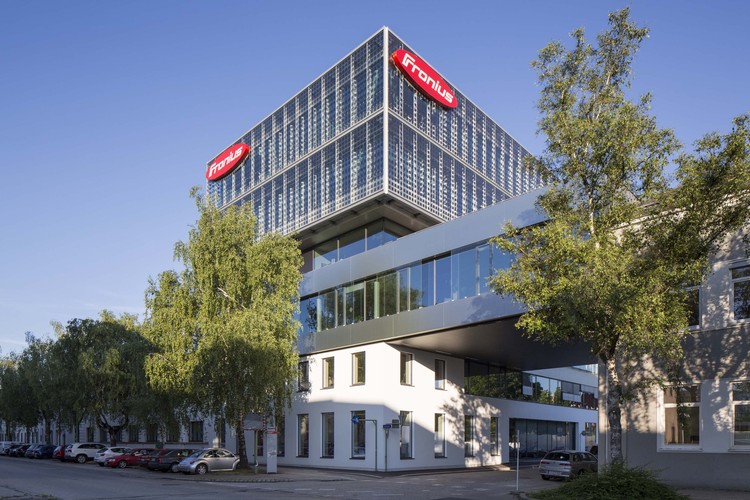 Text description provided by the architects. Located near the railway station in the centre of Wels, although different in function and appearance, it relates to its context in scale and volume, as well as in its position and relation to the district and street. Old and new building structures complement each other and react in shape and context in a dialogue with the urban structure. The new building adapts itself in the space restricted by the predefined structures, reacts to existing building lines and defines with the AktivEnergyTower a new qualified urban corner at Bahnhofstrasse.

Essential formative elements easily move about one another to form stacked levels above an existing construction body. The AktivEnergyTower achieves approximately 40 kWp with its photovoltaic facades, which completely wrap up the high energy efficient isolated facades and lend liveliness by the arrangement of the PV cells in the horizontally jointed facade. Whereas during daytime the slightly reflective skin summarises the office building to a closed unity, in darkness the building structure becomes visible by the shimmering through artificial light.

Glass lamellas in the west facade of Froniusstrasse for solar protection of the office units behind, as well as plant covered screens at the east facades complement the bright, permeable building structures.

The first autonomous revitalization (rehabilitation, reconstruction and renewal) of a former urban industrial quarter in the standard of Passivhouse offers a chance for the huge amount of 20th century housing projects to be converted into best practice objects. This could be a good basis for the improvement of promotions to urban energy efficient factor 10+ renovations. A profit energy concept for room conditioning in service buildings under exploitation of renewable resources is applied and accompanied by a passive chill strategy for the service building on the basis of office- use. 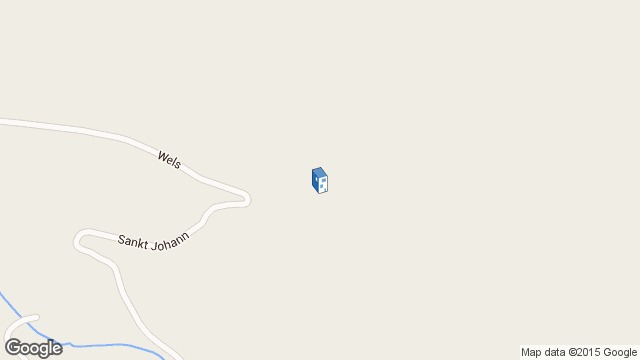 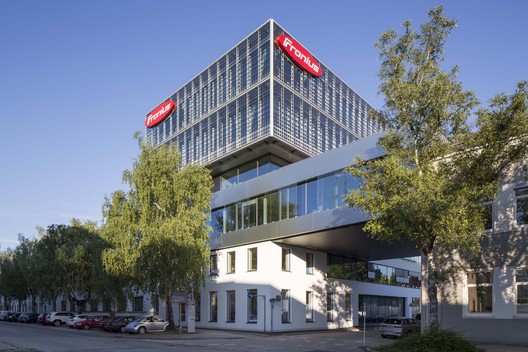