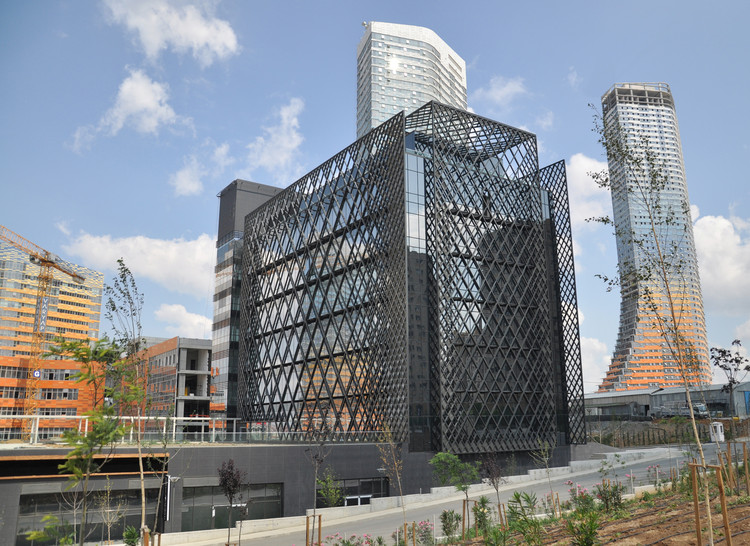 Text description provided by the architects. H block to be served as an Office building is situated in Meridian settlement designed by RMJM. The frontal design of Meridian H Block Building of which the rough construction was completed in 2010 belong to MTF Proje.

The Varyap Meridian Project is formed with 5 high storey private houses block, 3 business block and 14 villas. The building is at the entry of the Meridian settlement, it can be perceived from nearby roads and has an easy access. The building which has got 10 stories with the basement stories, unite by a glass tunnel pass with a restaurant that has got a steel structure.

The function of Meridian H block Building was approached as a management building belonging to use of Varyap. With this aim our priority idea was, a building that has to differentiate itself in a very assertive and planned area . Varyap’s own corparate identity provided us some helpful information during the process. The act of doing, and the facts of dealing and production took us to a structural setup. And the letter “V” of Varyap formed the starting point of this setup.

The interior archtitecture planning considered as an open Office provided freeness to frontal design. Repeating, concentrated and dilute “V forms” ensured the control of sun lights necessary for a quality Office working environment. Aluminium profile transverses were manufactured in six different sections as specific to this building. Fort the building’s glass combination (from outside to inside) 6mm tempered / 15 mm space / 6 mm glass was preferred.

For providing the building’s facade cleaning and its maintenance, a “cat walk” was prepared in a space between the facade covering and the cladding . 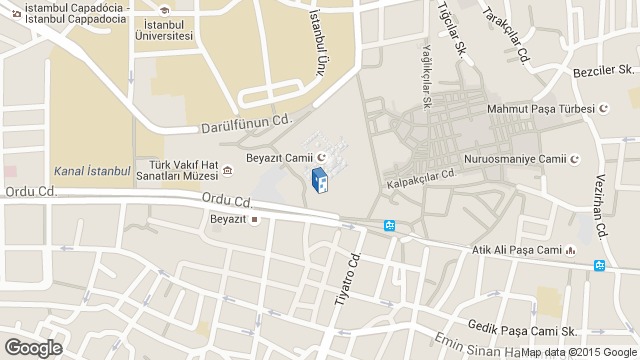 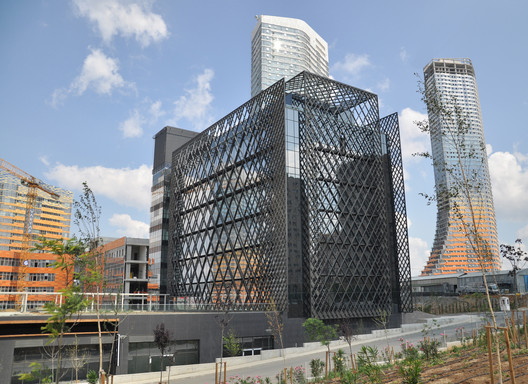