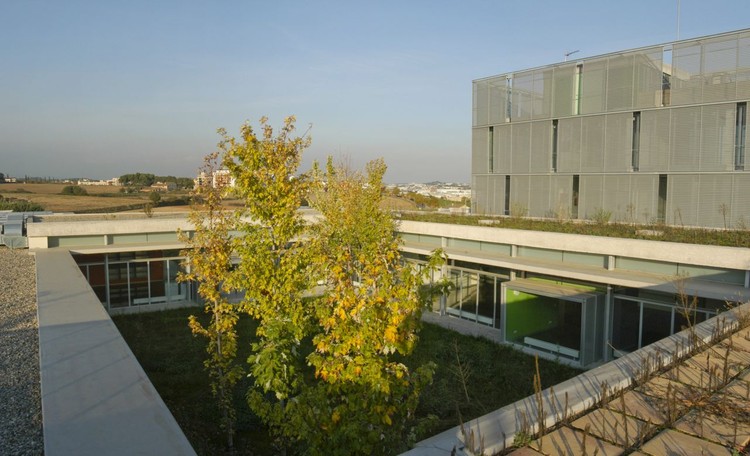 Text description provided by the architects. The site of Can Serra forms a reserve of open space endowed with an agricultural value, around which are organized the various urban tissues that make up the town of Parets del Vallès. The residence building occupies part of the southern boundary of this area, acting as a mediator between the built city and the open, protected environment, which descends in a gentle slope towards the north.

The residence extends the urban level on a horizontal platform on which the program is materialized, mainly in one, single floor. The platform rectifies the gap with the topography by a series of gabion walls, as in an agricultural terracing. Only the administrative building stands out in two stories, as a territorial milestone.

The building extends as a grid, introducing light dislocations in each of its nodes to emphasize the condition of these as meeting places. The north south axis contains the private rooms and the east-west axis accommodates the public halls and services. The in-between of the mesh is formed by a set of courtyards which are either surrounded by the edifice or open up towards the neighboring meadow.

This broken mesh allows the building to reflect the image of a small town, in which the halls and nodes occupy the role of public squares and the corridors are compared to streets. Each of the private rooms -slightly different from its neighbors through the use of color-, opens to this particular street, as would the door of a house to the city.

The roofs of the building are of great importance. From the hills of Can Serra, the structure is perceived as a set of regular pieces distributed in two levels, -the lower level of the rooms and the higher elevation for the common halls- that blend with the materials and colors of the meadows and cultivated fields. The courtyards act as a third level of green surfaces and allow the compound to be grasped as a mosaic in continuity with the agricultural sector.

The perimeter of the building bordering the town is formed by white brick walls, topped by lattice. These walls contrast with the glass enclosures of the common halls, which combine the adjacent patios. The rooms are organized as series in blocs; their walls plastered in different tones of stone-like color in a manner that there is always a dominant color in each courtyard. By contrast, the administrative tower is dressed with a perforated aluminum, light membrane which emerges over the rest of the building.

Climatically, the residence is planned as a system of interwoven solid volumes and courtyards that create special conditions where vegetation acts as a first hygrothermal regulator. The rooms make use and improve these micro-climate conditions with the help of a carefully controlled natural ventilation device and by the seasonal control of direct radiation. 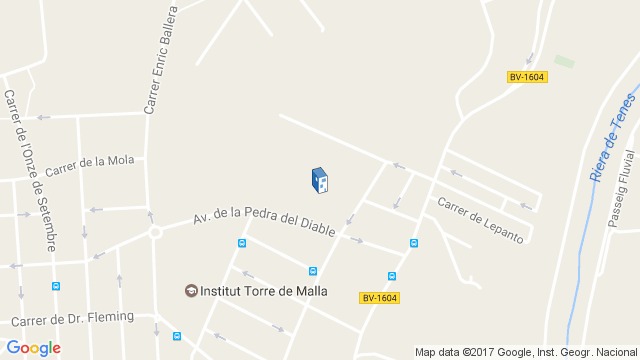