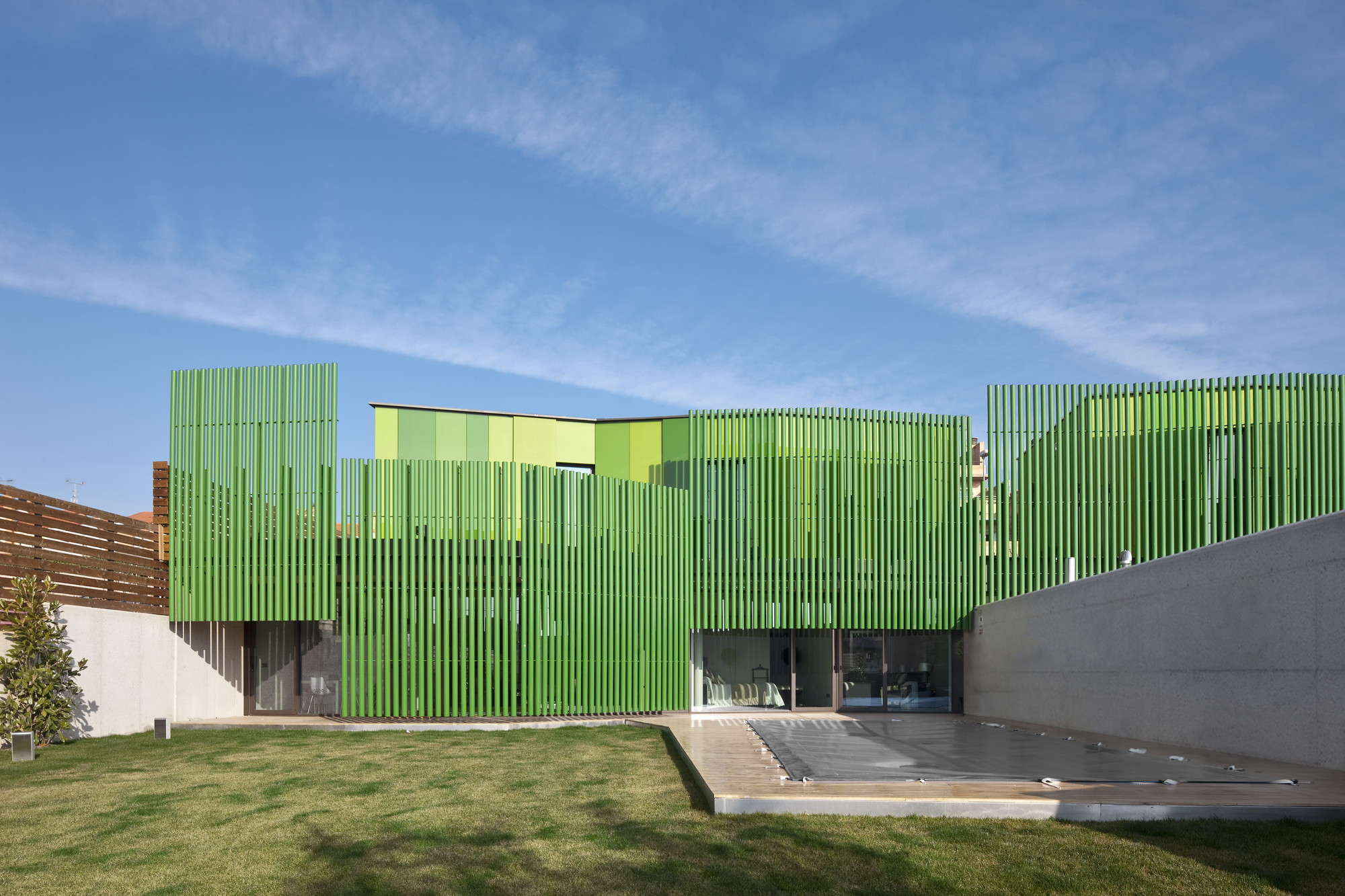 Text description provided by the architects. As many others, all over Ribera’s (“River Bank”) landscape, meandering poplar rows normally escort the entire length of river beds and irrigation ditches. Far in the distance, river beds are spotted thanks to those winding rows: it is a gesture offered by nature as a sign of life in an arid, dry scene. Corella, a village in the Ribera of Navarra, is traversed by the ever-present Cañete, a small meandering stream that comes and goes in every corner…

The assignment of three houses for three different clients proposes a reflection about unity and diversity, about the image of both individuality and group…

The lot – traversed by Cañete River as well-, placed on the expanding boundary of the village, slopes down to the south… advantage of this circumstance is taken to arrange a house that is sheltered from the north and exposed to the south…

Constructive strategy is based on digging and containing the soil by means of a longitudinal wall, then laying a glass box varying in size according to every use required by clients. Somewhere between the ground and the glass, small courtyards have been released, as if they were small air and light bubbles. On the zigzagging glass plinth, small volumes assigned to garages and studios have been sat.

The houses suggest a changing image, prompted by the façade crooked geometry and the latticework vertical movement, that offer a meandering scenery, as poplar rows do…