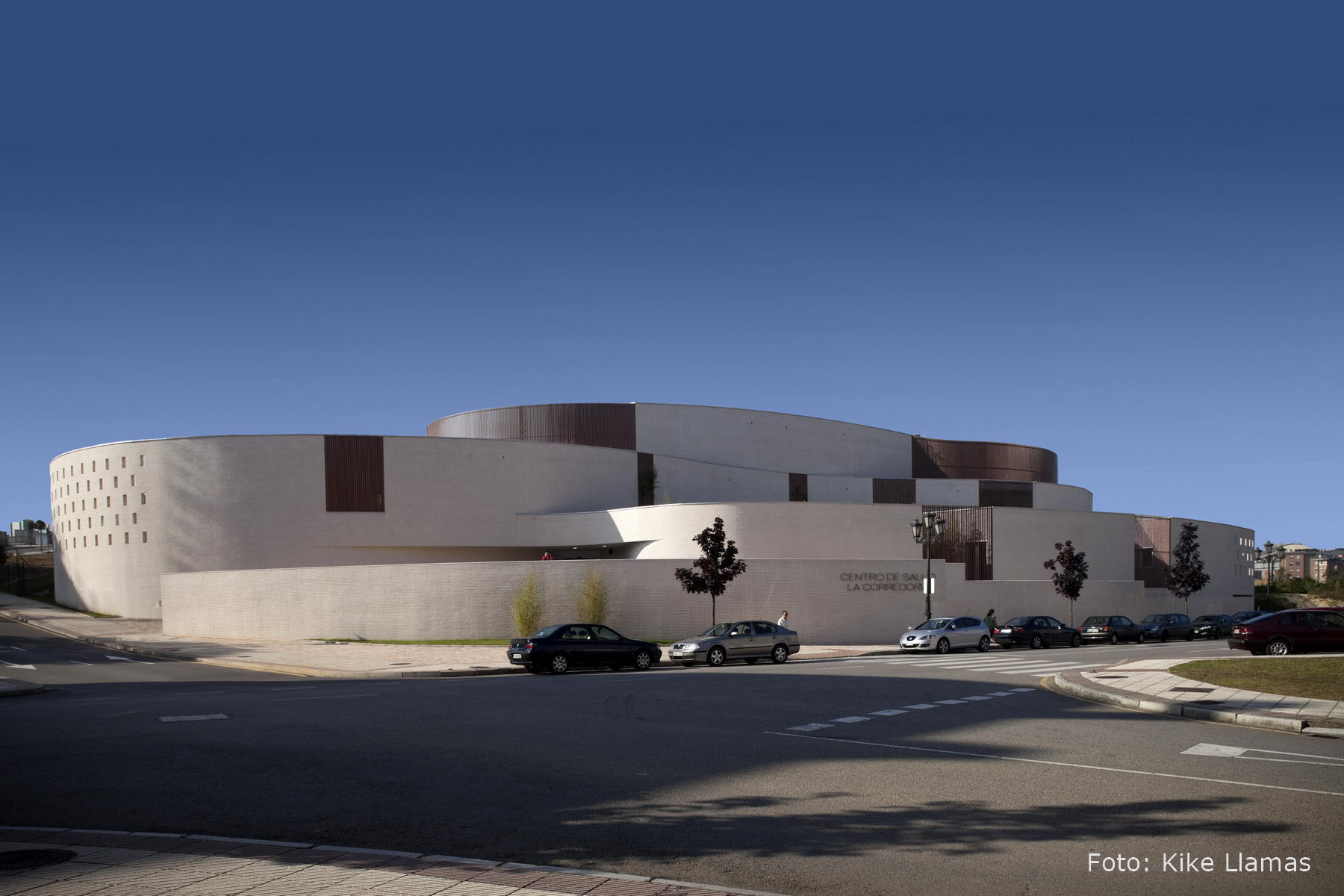 Text description provided by the architects. The health center in La Corredoria is a new building whose program demanded up to four separate functional areas, from Emergency Room to psychiatric ward, through the typical outpatient program. The center is located in a suburban setting, with little references except for the rounded hill which was to replace the building, the slightly curved layout of all streets in the neighborhood of La Corredoria, and the far views of Mount Naranco, as a gently curved silhouette.

The first decision is to give a single response to both requirements: to hold on to the site, and to create a united response from the entire program to the immediate surroundings, which would give character to the building, and therefore, to the urban space generated around it.

We analyze the program of the different areas and we separate the uses that are considered permanent from the spaces subject to change in the future. Circulation, service cores, waiting areas, etc., are part of the first group of consolidated spaces, whereas all the care and administrative units such as consultations, treatment rooms, offices and even internment rooms fall under the second category.

The first group consists of both small areas as well as wide open spaces. Therefore, and due to the unlikely need for change, we consider that these spaces can adapt into irregular geometries.

On the contrary, the administrative and health care spaces, of medium size, need versatility and regularity for their functionality.

Therefore, the building has two facades facing the two large groups of rooms described. The curved facade responds to irregular alignments of the plot, it forms the image of the building, and includes all the spaces we consider permanent. It refers to the immediate surroundings of curved neighborhood streets, and to the farther landscape of hills of central Asturias. The opposite facade, on the more regular boundary of the plot, houses the entire program that requires versatility.

Between both parts of the program, the large distribution space – in plan and in section – links the spaces and introduces light from all the courtyards. 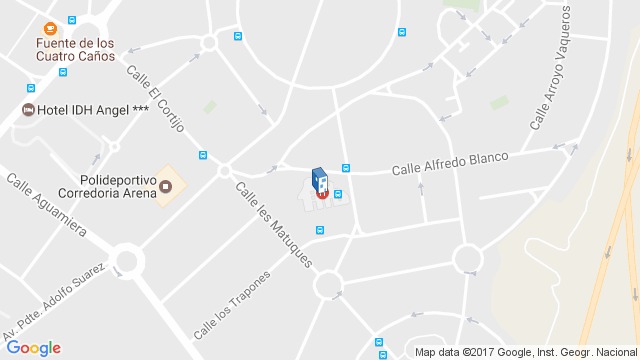 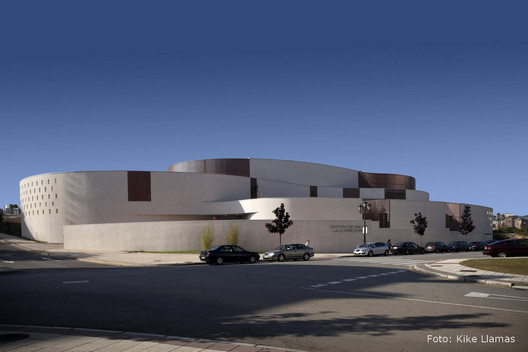