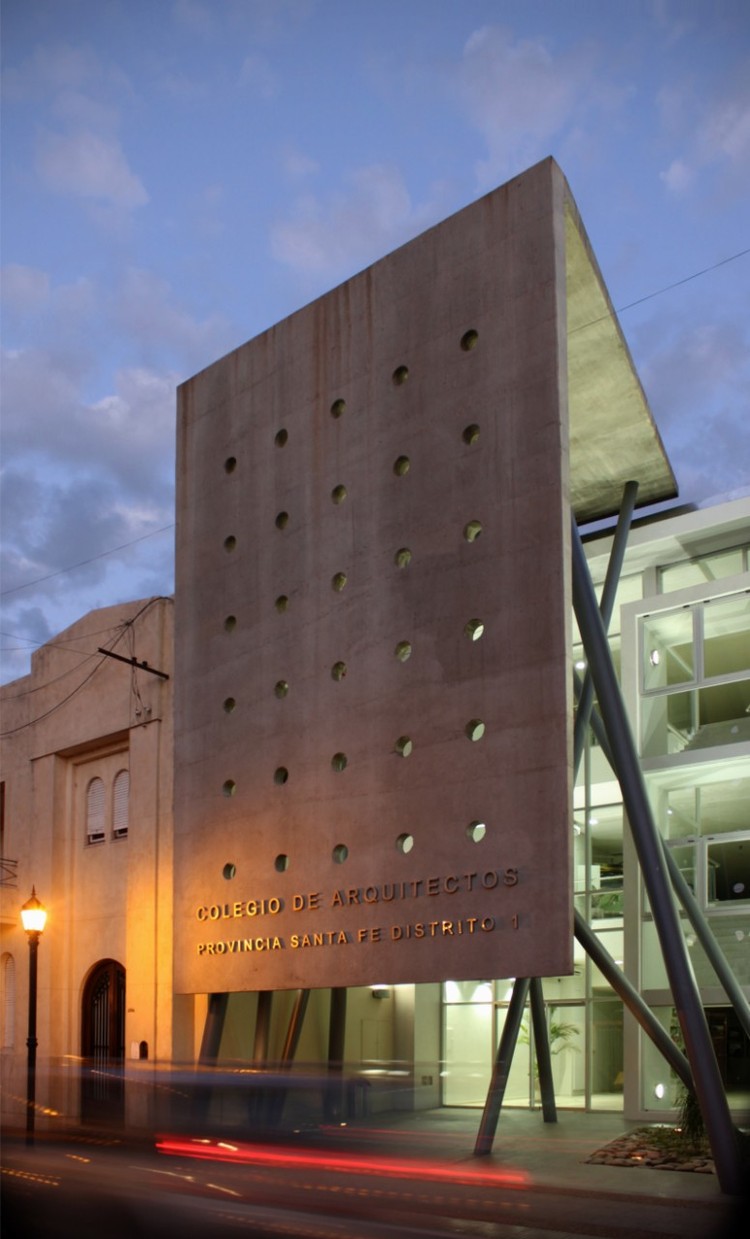 Text description provided by the architects. The Architects Association must be the home of the architects, a space for them to converge. It must be a meeting place for the different actors involved in our discipline. The architectural space emerges as the cornerstone to generate this convergence.

An initial gesture – a folded plane – was transformed into an element that shapes this convergence space. From a site with two facades, this structural element announces, on one hand, the creation of a space inside the building, and on the other, an opening toward the public space of the historic center of Santa Fe. The fold and the space thus become a transition device between architecture and the city. There is a first limit, precise and forceful, a lid that reconstitutes the urban scale, which contains what happens from that point onwards, an autonomous microclimate from its forms, a succession of draining spaces.

This project participates in the urban event where it is located, as a piece of continuity of the scale of the built fabric, but it also generates a clear rupture from the perceptual, technological, and formal perspectives.

From an environmental perspective, the exposed concrete piece responds to the notion of creating an environmental situation that mitigates the western sun, which in the case of Santa Fe is the orientation with the most extreme climate impact during our hot summers. Besides being the image of the institution, this concrete piece acts as a device that calibrates and manages the incidence of solar rays that are introduced into the building.

A three-dimensional grid of meeting spaces structures the functional units, respecting a principle of permanent flexibility throughout the building. On the second level, a connection that integrates the new building to the offices of the former headquarters is opened through the party wall. Few materials, solid and strong, give the idea of permanence and timelessness. 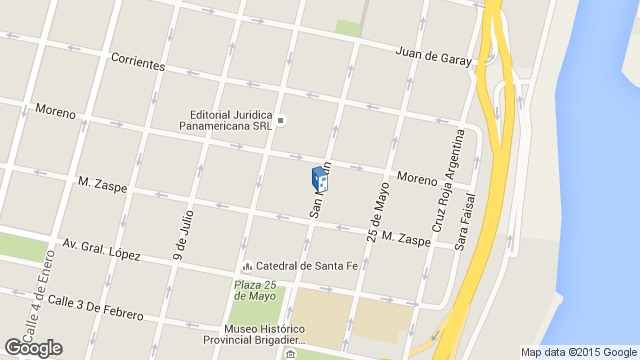 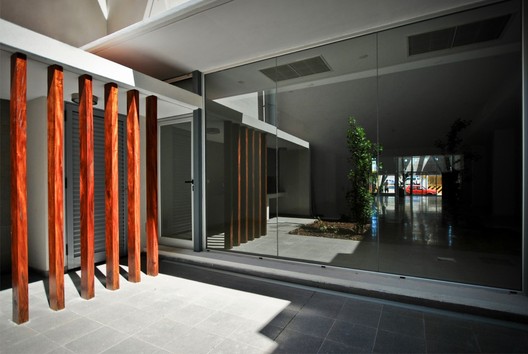 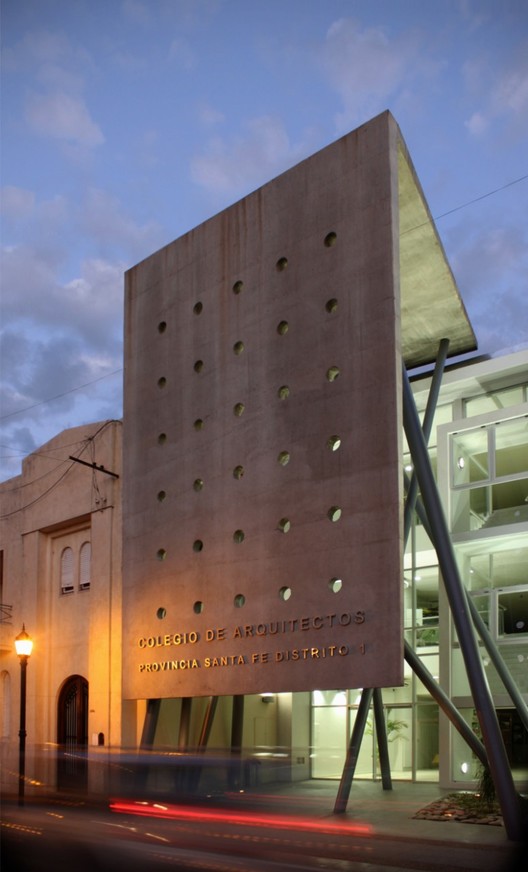