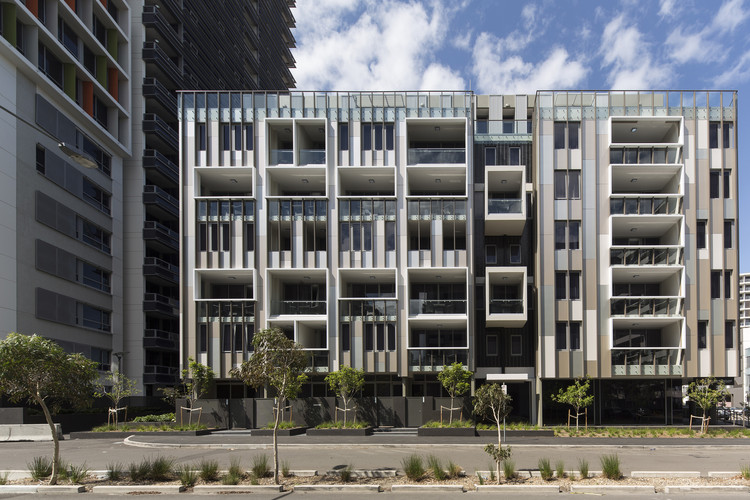 Text description provided by the architects. This project is the first of a three stage, 1100 apartment Master Plan developed by TCA in collaboration with the City of Sydney and the client for this highly significant site along the South Dowling Street corridor connecting Central Sydney with the Airport. The site forms a key part of the Victoria Park precinct and wider Green Square Urban Redevelopment undertaken by the State Government and City Council. TCA have worked in this market sector for some years, driven by interests in cities, the making of integrated urban projects, and improving quality-of-living outcomes for people within a highly constrained, over-riding commercial context.

The Master Plan was set out in a way that facilitated opportunities for a high level of apartment amenity, together with a legible network of streets and publicly accessible courtyard/garden spaces for the public and residents to enjoy. Car-parking was located below ground to extend the ground plane through the site, creating high levels of accessibility and visual permeability.

Commercial constraints are endemic to the nature of this type of project and market sector. We see this as being a challenging but legitimate design parameter and are continually developing our understanding of how to produce robust design that is able to stand up to the rigours of value engineering, novation and rapid construction. This was also an opportunity to continue our interest in improving the way that this typology relates to the public domain. With the provision of useful and unambiguous public spaces throughout the site, all of the building’s facades become visible from and therefore a part of the public domain. There is a risk with this scale of development that an overwhelming agglomeration of buildings results in a relentless character and visually compromised public domain.

This was achieved by resisting a site-wide uniform architectural parti and rather, making the expression of individual building relate to their immediate context. This more dynamic neighbourly relationship resulted in tactics such as the mega-scaled, framed and articulated architectural elements adjacent to the busy highway of Southern Cross Drive, the finer metallic modulation of the northern low rise façade, and the delicately textured and punctured masonry street wall facing Defries Avenue to the west.

The tower form was generated by articulation of the plan into four vertical elements pin-wheeled around the core, with two distinctive, corner elements addressing the southern portal entry to the city and the city itself from the north. The multi-level stacked boxes forming these elements have identical floor plans and achieve their visual complexity through rotation of the brise-soleil elements outside of the façade line of enclosure. We felt that this was a cost-effective design strategy for achieving architectural diversity within the rigorous commercial constraints of the Sydney high-density residential market. 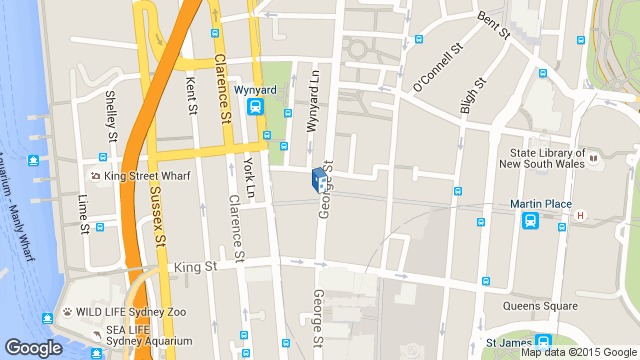 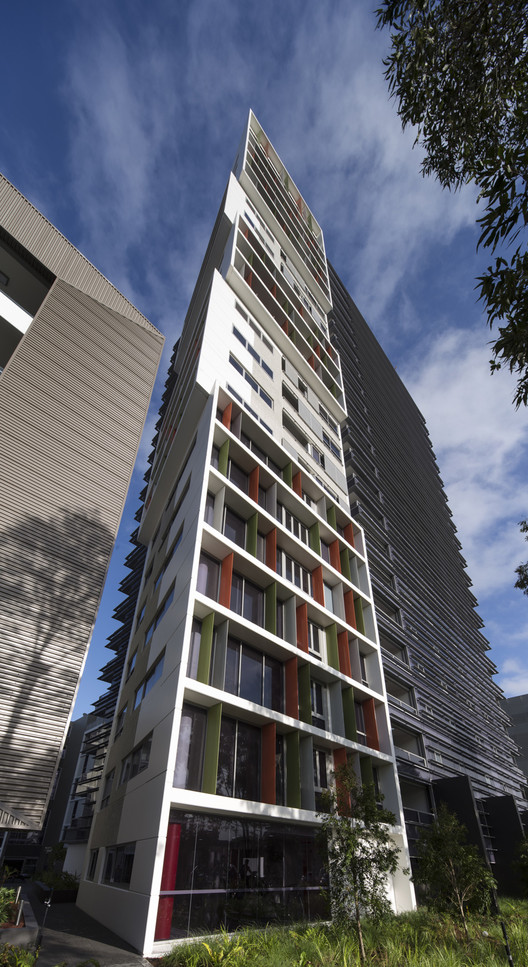