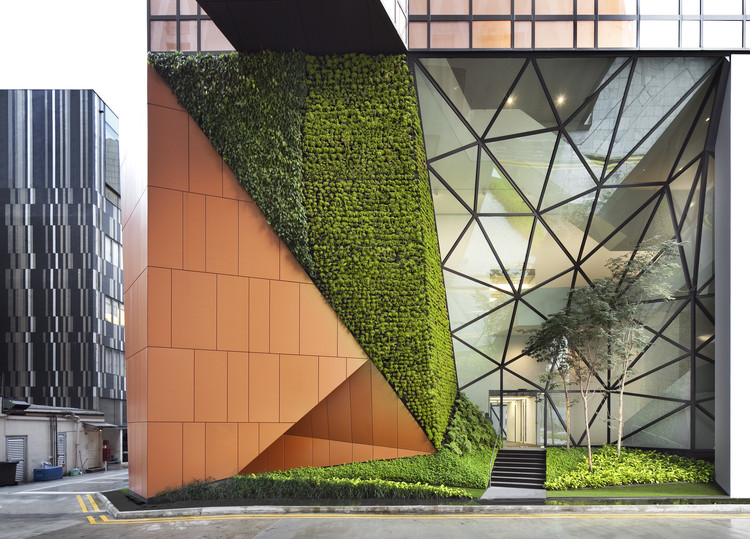 The project brief called for a new boutique office and the reconstruction of a pair of heritage-listed shophouses. WOHA was commissioned only after their demolition to reconstruct the shopfront (up to 7.5m depth) in accordance with Singapore's Urban Redevelopment Authority's conservation and planning guidelines, and to design an entirely new, contemporary rear wing.

As the original floor levels with their low ceiling heights were retained, the front end of the shophouses was deemed more suitable for meeting rooms, while the service end accommodated a mechanised carpark. The idea was to strategically lift up the open plan offices within the upper 4 floors where the floor plate size is maximised, higher headroom is gained, better views are enjoyed and more natural daylight is accessed from the sides. Every flat roof area is also transformed into roof gardens with the attic featuring the office’s recreational lounge from which unblocked panoramic views of Hong Lim Park and PARKROYAL on Pickering Hotel can be enjoyed.

Unlike a typical internalised courtyard, the main design strategy was to invert the shophouse typology by carving out valuable floor area to create an externalised, urban, public pocket park at the very heart of the office instead. A café, break-out areas and meeting rooms are organised around this park, enjoying the greenery and light that it brings to the deep plan. This public gesture further serves to reduce the intermediate scale of the 9-storey building to a more intimate, human scale at the pocket park below.

The formal architectural language of fractal, triangulated geometry originated from the need to comply with authority requirements of having splayed corners as the building is bounded by three roads. This inspired a chiselled expression that was carried through in both plan and elevation, taking the form of internal angled walls and external slanted planes, revealing a concave curtain wall like that of crystal embedded in the hollow lower strata of its atrium park space. Shading was also built into the formal language by means of an integrated sun screen within the curtain wall system and a series of perforated aluminium panels. 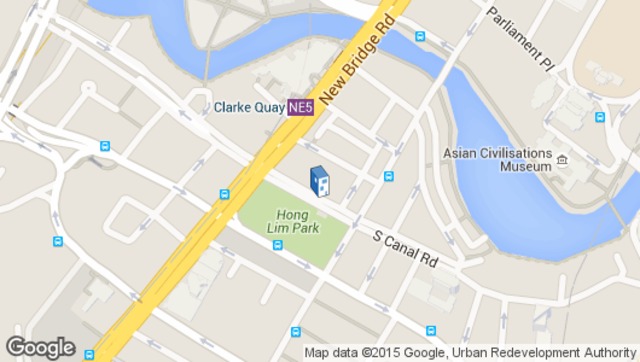