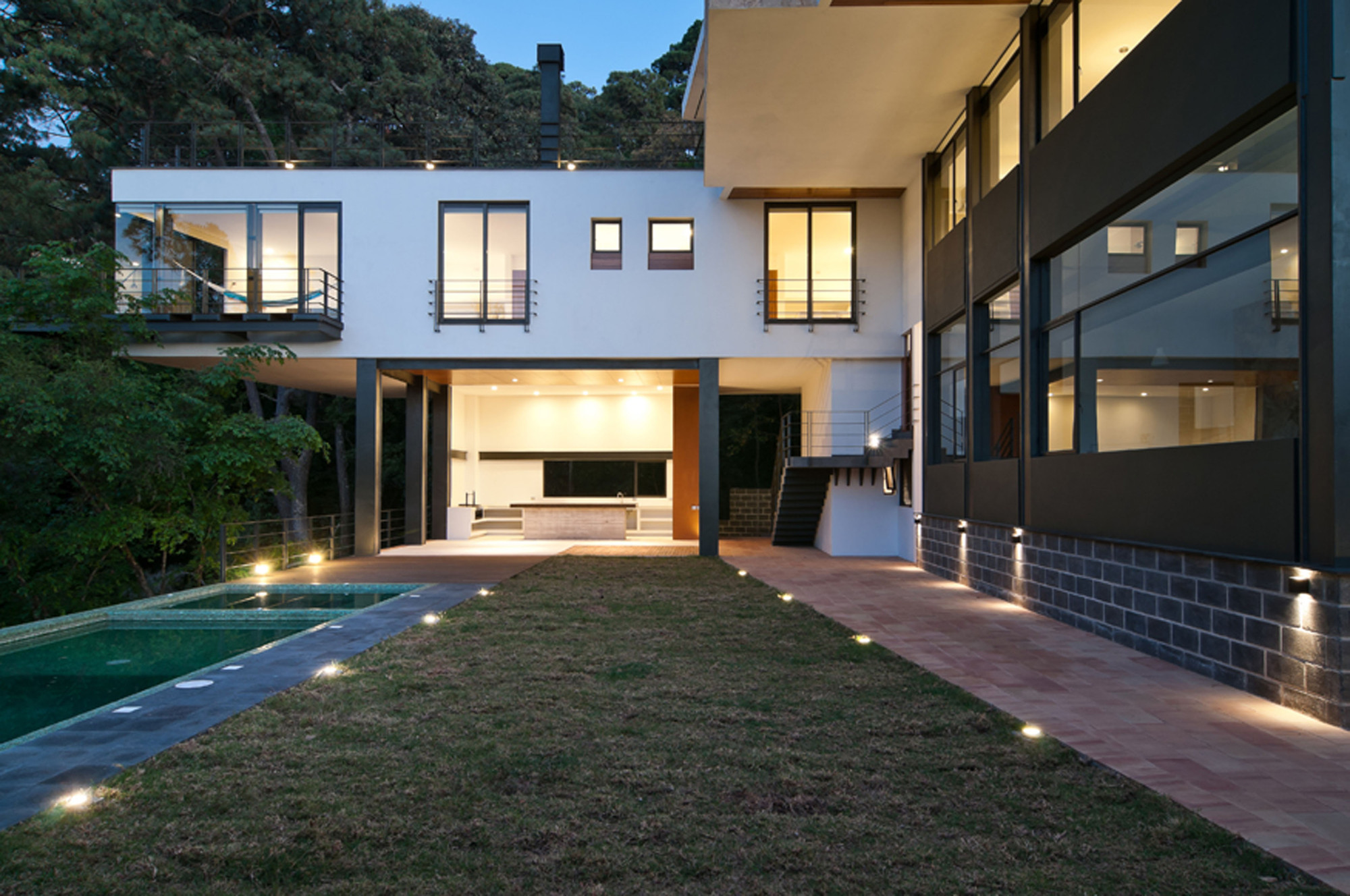 “A weekend house with bungalows to rent or host close friends and family…” From this premise arises La Lagartija, located in an undeveloped area in Avándaro, in Valle de Bravo. The challenge was to work on two architectural programs at the same time: the creation of a house and independent bungalows, that could communicate and link to each other.

We needed to take advantage of the spectacular natural views. The proposal was to be closely related to the vegetation surrounding the property and to elements such as light and shadow, or the sound of water and the breeze. Contour lines were used for the design of the project, optimizing resources and creating views of the lake and river. One of the most noticeable features achieved was that, thanks to the collection of visual images of the typical architecture of the area, its typology was reinterpreted to recreate it in La Lagartija. Thanks to the metal, stone, clay, and wood, we created different textures that take the user back to the vernacular architecture. Note that the main color of the house comes from the earth of the place.

Respect for nature was essential, so almost all of the existing trees in the area were kept. The house was laid out irregularly with sharp angles to skirt a few large trees and give them prominence. From the bioclimatic study conducted early in the project, insulation facade systems were introduced, promoting optimal comfort and significant energy savings.

The spatial proposal, based on compressions and decompressions and non-orthogonal axes, allows the circulation to become a corporeal experience that creates different sensations for the viewer. In terms of structure, the columns were especially designed for La Lagartija in order to carry out faithfully the initial premise. 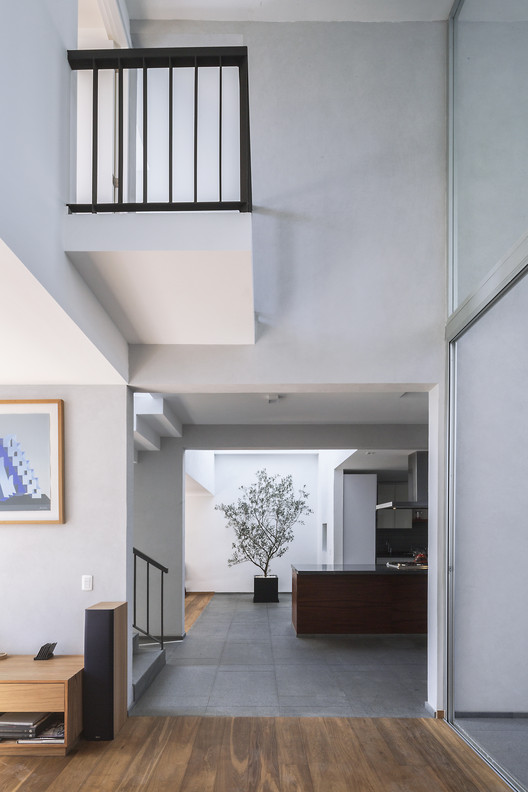