The Spanish architecture team, formed by el fabricante de espheras + Espai MGR + A&G Proyectos y Desarrollos, just won the first prize in the Ideas Competition for the new Kaluga’s Sports and Youth Palace in Russia. The project consists of a sports infrastructure, commercial galleries and hotel rooms designed to be based on innovation and high technology architecture. This winning concept is explained as a flower that protects from the cold of the city of Kaluga and contains a set of spaces for sport, leisure, tourism and relax. More images and architects’ description after the break.

The project is a new generation complex, not only for the technical solutions but by the socio-urban solution that represents: a leisure infrastructure, specialized services around the sports and leisure, with a flexible and continuous operation beyond sports competitions. The challenge before us is to solve a diverse program in an orderly and clear framework. Our goal is that the complex offers to the city a unique and iconic building, that citizens feel like a new center nearby and affordable, while its identity is unique.

The carbon fiber skin technology is the main goal for the future of the sports center, with a thermal insulation that gives a representative identity allowing many variations depending on the solar radiation and the interior lighting.

The complex will have three paths connected with each other, forming part of the flower shape. The purely external path, that through overhangs and transparencies, will welcome pedestrians to observe some of the activities inside; the interior public path, becoming part of the existing urban space; and finally the private paths of the complex, for users, always maintaining visual connection between different environments.

The form of the building responds to the process of placing on the environment: to stretch in the plot to organize the program, to free up spaces and to extend ramps that links the public space to the inside.

As the starting point o the project, it’s disposed the central arena in the best position to take advantage of the plot surface. A public ring-shaped gallery around the arena, connects the set of program spaces.

The building adapts its footprint around the arena, simplifying the irregularities of the plot, to gain the maximum advantage to the place. At the different petals, the program is becoming specialized: the sports center, the stands of the stadium, the hotel and convention center, commercial gallery.

The volume rises from the ground in its perimeter, releasing a series of covered spaces between the street and the interior, linking the sportive activities with the atmosphere of the street.

The building become opened to public spaces in Lenin Street through a series of inclined planes connecting the entrance plaza with all levels: to the convention center and hotel, to the underground parking, to the level of the central arena, to the level of the public gallery…set of levels showing all the interior of the building. The building extends down in the plot as around the central space of the arena. Everything turns around to this main representative and poly-functional space, flexible for all types of events: football stadium, sports center, skating arena, running track, concert, trade show, major events. 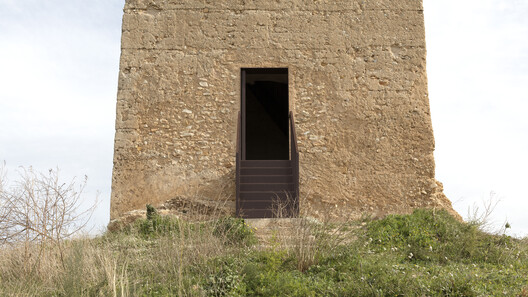