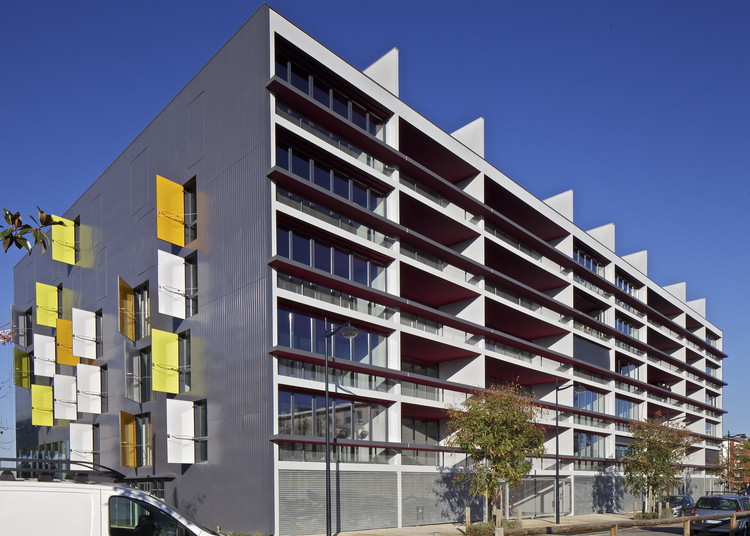 Cenon has a typical suburban form of disparate housing blocks spread out over a flat territory, but on an early visit to the site, Habiter Autrement found a beautiful umbrella pine tree growing there, and the idea of making a pine wood became the starting point of the project. The wood creates a specific environment to which the building form can relate and, when full-grown, the trees will help to create a pleasant distance between apartments, giving their inhabitants the feeling of being in their own park without abandoning a vital density.

The apartments are unusually spacious, around 150 sqm, and unusually long, about 30 m. The building’s E-shape gives half of the apartments a triple orientation, with internal visual connections between facades. To the south, foldable glass walls open to loggias with thick rectangular railings. The undersides of the loggias and the railings are tinted with a gradation of bordeaux reds, creating an abstract linear pattern on the south facade. On the north facade, winter gardens are enclosed by vertical glass panels of varying transparency, a reference to French ateliers d'artiste (artist’s studios).

On the lateral facades, which face the courtyards, the primary focus is the pleasure of colours and reflections. The interior of the window shutters are painted in white, yellow and orange, and the stainless steel cladding reflects the bright colours and the changing sunlight.

The roof terrace is covered with vegetable gardens for each resident, where they can enjoy sunny afternoons, cultivating tomatoes and cucumbers while looking out over the pine wood below. 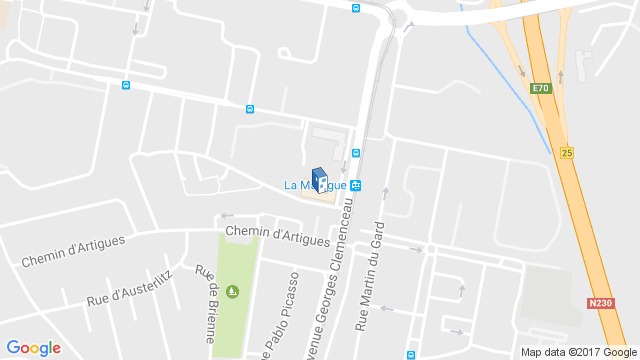