Save
Ross Street / BE Architecture 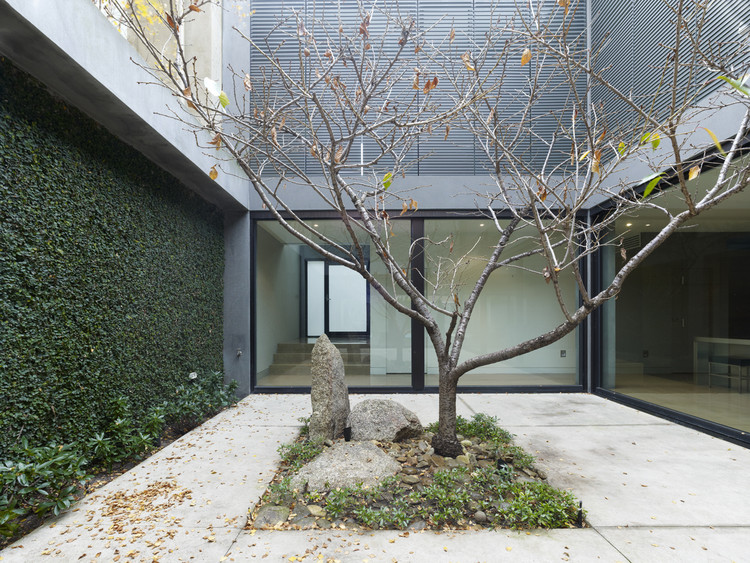 Text description provided by the architects. This new house in the Melbourne suburb of Toorak was designed for a family of Singaporean heritage and is an interpretation of the Asian courtyard house typology for an Australian urban setting. A series of courtyards are subtracted from the form to create a level of openness that allows the residents to see through the spaces. The courtyards punctuate the delineation of space, which is more pronounced in a courtyard house than contemporary, open-plan design.

The progression through the spaces is carefully engineered, creating a feeling of the presence of rooms without the use of walls or physical dividers. The result is the harmonious, carefully calibrated spaces that seamlessly transitions between inside and outside. The structure is simple and aesthetically refined, the stucco render balancing with slatted operable screens creating the juxtaposition between solid and fluid.

The entry to the house was designed to take guests into the very heart of the house. The house is built around a walled courtyard allowing the ground floor to be left open to the outside.

The building is designed to sit close to the ground. The polished concrete floor used in the living areas extends out into the courtyards creating a flow between the ground floor living and the external garden areas.

Large steel shutters wrap around the link between the master bedroom and the children’s and guests’ bedroom wing. The density of the slats varies to allow light in but not views from neighbouring houses. The 12-metre joinery bench which extends from the kitchen through to the dining and living rooms was designed to create a horizontal recess in which to display objects.