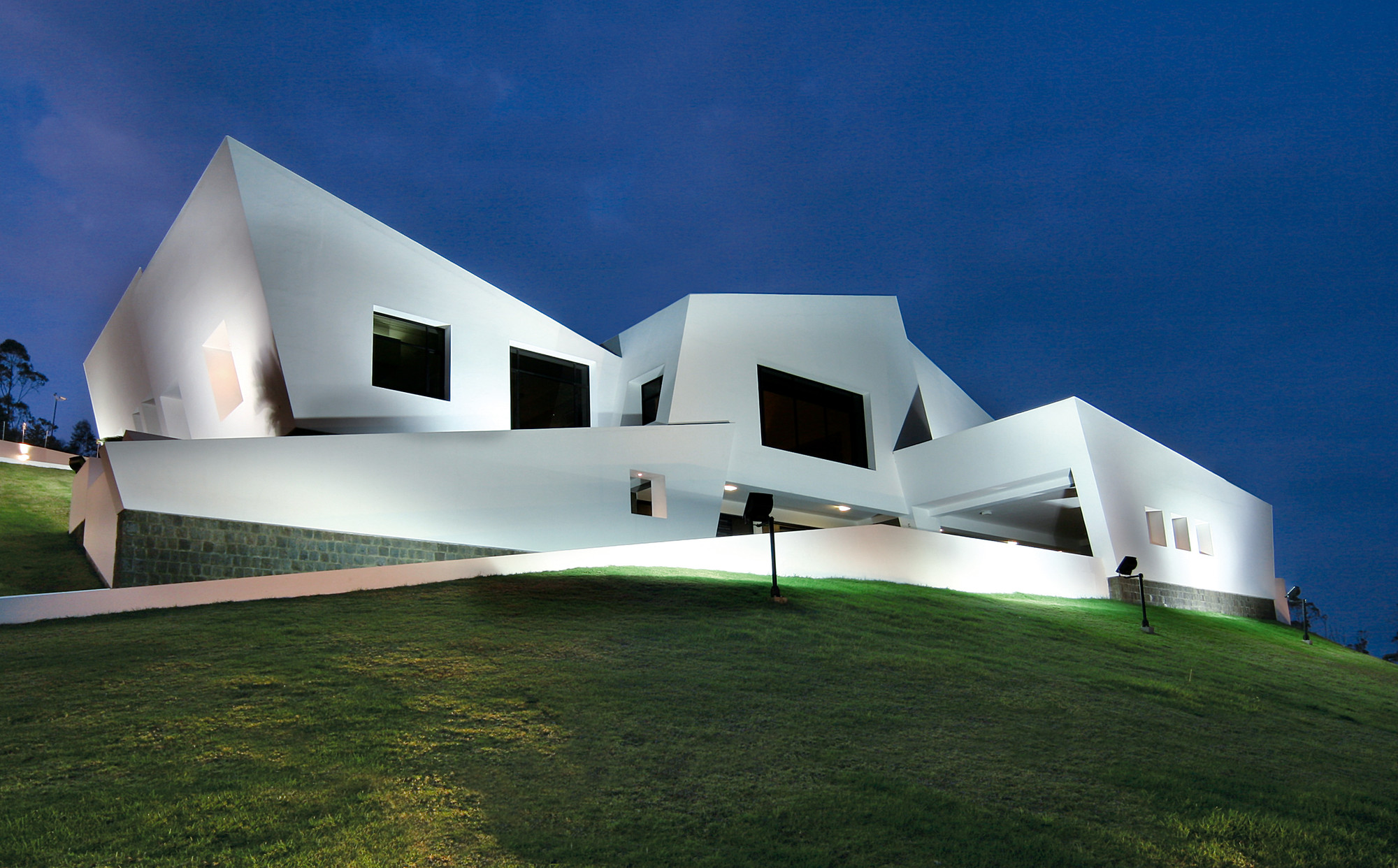 Text description provided by the architects. The site selection was a long and very important process because it required a space that would foster expectations for the project. A large area was required on the outskirts of Quito but directly related to the city. These objectives were translated into a hill in the area of Rancho San Francisco – Cumbaya. The location of the site implies a clear and strong visual presence for the developments in the area, and also privileged views of the Cumbaya valley and its surroundings.

Since the site had a steep slope, the first approach was to integrate the project into the local topography and design it on the highest area to gain height. Taking advantage of the slope, lawn slopes were designed to serve as a natural base for the proposed architecture. The social areas are located towards Cotopaxi mountain. The bedroom area is oriented directly with the morning sun, and overlooking the Cumbaya valley with the Cordillera Oriental and Antisana and Cayambe mountains behind. Internal areas such as study, family room, and others, “open” towards an interior courtyard with a reflecting pool, and in the middle a pre-Columbian milestone designed by architect Gustavo Guayasamin, as the vertical axis of the project.

In terms of its image, the house is an architectural volume, protagonist and dynamic. It is the articulation of white volumes with a very clear and defined rhythm, and slanted exterior walls. All the elements are intended to be an interpretation of the environment, specifically the Andes. The roofs have the same treatment as the slanted walls, thus creating the idea of the “fifth facade”. The roof-facade is equally important in the aesthetic composition. This is a modern project that rescues Ecuadorean traditional architectural elements such as: load bearing walls, stone baseboards, interior courtyard with a water feature, great presence of walls versus openings for windows mostly recessed to create light and shadow effects, among others.

One of the decisions of the architect was to build an exterior architectural diaphragm, which acts as a screen in its most literal sense. It is like a blank sheet that integrates into the architecture and projects it, separating the pool space from the vehicle circulation area.

The house is divided into three levels: a basement with parking and storage areas, with service housing and spaces for employees, which can function independently. A main floor with the majority of the components of the project, and a mezzanine for guests and movie theater.

The main floor has been zoned into three large spaces: bedroom block, social areas, and independent suite, alternately distributed along the main circulation axis that starts at the entrance of the residence and ends, at the other end, with the entrance to the suite. In the center of this circulation is the vertical core with an elevator. There is an additional recreational area, with a pool and a waterfall, a green area and viewing deck.

Inside, the house follows the same approach as on the outside, simplicity but with a strong image. A white envelope for walls and ceilings with a dark contrast. The color of the different areas is highlighted uniquely by artworks of three types: colonial painting and sculpture, pre-Columbian archeology, and Guayasamin contemporary painting. For each of these artworks, spaces and specific niches have been designed as part of the interior architecture.

Similarly, two different types of scales and sensations can be defined. A friendly one for the private spaces, and another, large-format one for the social areas that contribute to the idea of a museum. To complement the interior architecture, furniture has been designed in proportion to the space, specific carpentry for the project. Furniture, decorative objects, fabrics, and imported carpets. Lighting design specific for a museum, integrated audio and security systems, among others.

The designer’s intention was always to make a different proposal, but with a strong identity. Consistent with its context and its design style. Thereby providing a reference of what is or may be contemporary Ecuadorian architecture.

This project could also be seen as an experiment that has merged the experience and creditworthiness of a mature architect with the new concerns and expectations of a young architect. At the same time, it is the epilogue of the work of architect Gustavo Guayasamin, with almost 60 years of professional practice, who at 80 years has been able to conceive a project of this nature.

Protagonist facades in balance and harmony, fluid and simple spaces, light, nature, and serenity, are some of the qualities that can be attributed to this project. A house, a home to host and share, to enjoy daily life.

The result is a house museum that is in itself an architectural sculpture. 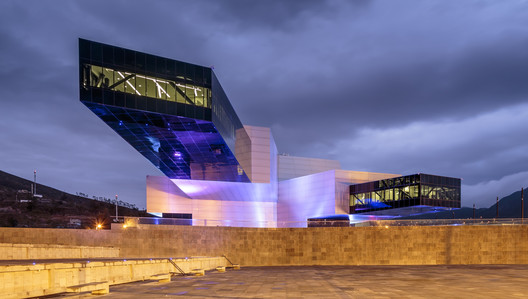