Text description provided by the architects. After years of Franco’s dictatorship and difficult years of isolations of British peninsula Gibraltar, the border with Spain became softer. The government of Gibraltar started the reclamation and liberating military property for public and commercial use.

Ritzen Architects were commissioned by Credo and Montagu Group to design Mid Town District to which they enclosed, on their own, the King’s Bastion part of the fortress. The Chief Minister was charmed by this idea and that’s the way King’s Bastion was finally liberated of slum, abandoned, ruined buildings and got back new face of proud.

The reconstruction of the King’s Bastion is realized as a clear architectural concept: the bastion with casemates has been completely cleaned and renovated and the new structure has been placed in emptied inner court as a silver jewelry box of stainless steel with long, elegant legs made of composite concrete. The space between new and old structure is covered with glazed orangery which allows daylight to fall in along beautiful stone walls and spread the light throughout the building.

The complex houses leisure center which contains two cinemas and ice skating ring in the silver box, and underneath, in the inner court a bowling center takes place.  Additional entertainment functions, disco, restaurant and café are placed in the Bastion on the ground and first  floor. Since it is opened it has been intensively visited by locals and tourists too. 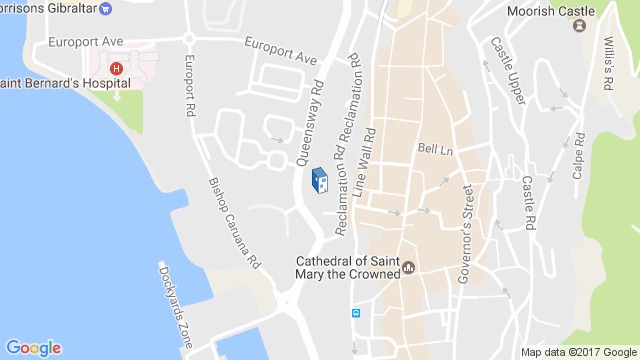 Location to be used only as a reference. It could indicate city/country but not exact address.
Share
Or
Copy
About this office
RitzenArchitecten
Office
•••