The Graduate Aerospace Laboratories at the California Institute of Technology (GALCIT) has been behind some of the most significant and revolutionary achievements in the short history of flight, yet by the time we first visited the department in 2006 its historically-protected facilities, designed by Bertrand Goodhue and constructed in 1921, had barely seen any modernization. This project involved the renovation of approximately 33,000 square feet of the department’s laboratories, offices, common spaces, and conference rooms.

To bring relevance and meaning to the project’s spaces, the design employs some of the same concepts, processes, and sophisticated technologies used in the department’s own, widely varied and interdisciplinary research. The results are joyful, creative environments that encourage interaction, teamwork, and the free flow of ideas.

Drawing on the idea of “flow,” a concept central to almost every facet of aeronautical engineering, many of the project’s forms were derived by imagining the building as a kind of “architectural wind tunnel.” The dimpled lobby ceiling element, digitally designed and fabricated of PETG thermoplastic with the most advanced software and computer controlled machines, is a prime example of this strategy. But it goes even further by acknowledging another cornerstone of aeronautics - namely, that seeming small material deformations have huge effects on aerodynamic behavior.

The felt ceiling of the main conference room is a direct representation of a seminal flow diagram by Theodore von Karman, the founder of both GALCIT and the Jet Propulsion Laboratory. Overall, the project’s design has completely updated GALCIT’s identity, raising its profile considerably and making it easier to attract the best students and faculty from around the world.

Throughout the project, glazed walls and windows bring light into formerly dark spaces, and allow people to see the innovative research being performed inside the various laboratories and classrooms. This heightened transparency has contributed to an atmosphere of interdisciplinary collaboration and cooperation. The glazed walls often double as vitrines that display artifacts collected throughout the history of GALCIT, so that those who study, research, and work there are constantly inspired by past achievements and the scientists and engineers responsible for them. 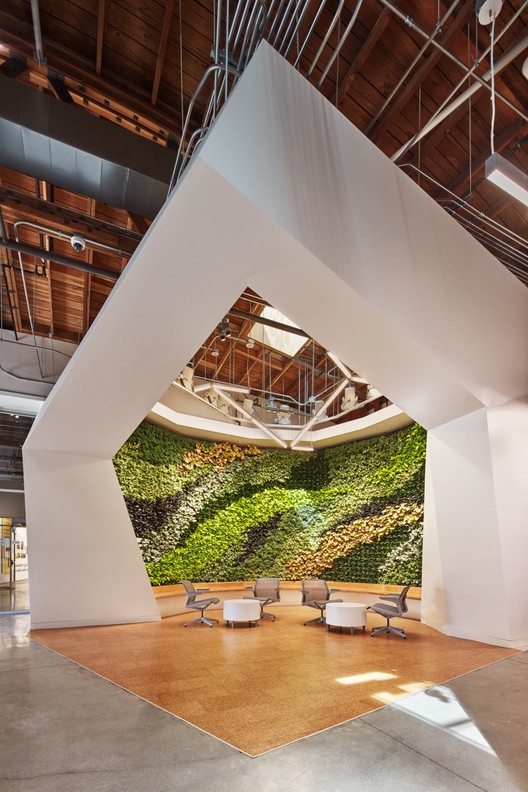