Save
AD Round Up: Halloween Special
Share
Or
Copy

Tomorrow people from all over the world will celebrate Halloween. Children in costumes, many candies and several horror movie-marathons on TV will help create the scary mood we are used to. In ArchDaily, we didn’t want to be left behind so for todays Round Up, we bring you previously featured scary places to be tomorrow night. Enjoy!

Tanatorio Municipal de Leon / BAAS The building is conceived as a tomb of tombs. A completely buried construction, it eludes its volume and its signification in order to camouflage itself in the interstices of a too-close residential area. A sheet of water by way of a roof constitutes the single facade, reflecting León’s sky like an allegory of death (read more…)

Santo Stefano Cemetery in Italy / Amoretti + Calvi + Ranalli The purpose of the project is the amplification of a small municipals cemetery of Santo Stefano al Mare on the north-west side of Italy in front of the Mediterranean sea. The new intervention is situated on a small land strip between the old cemetery’s wall and the waterfront way. This strip is orientated from east to west (read more…)

Estrela Cementery / Pedro Pacheco + Marie Clément The cemetery and mortuary chapel constitute an ensemble of two enclosed spaces, built in a holm-oak field. One of the holm-oaks becomes part of the enclosure, as an element of the cemetery anchorage, transforming the chapel patio into an important shadow space. This gesture acquires a structural significance (read more…) 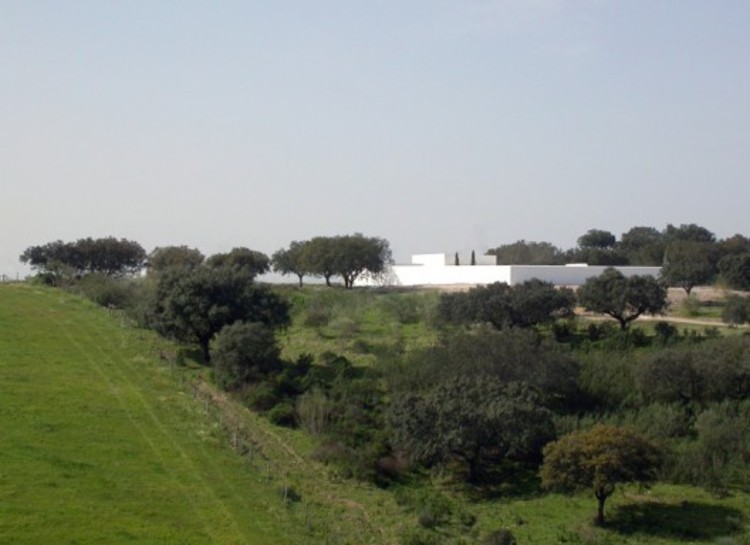 Luz Cemetery / Pedro Pacheco + Marie Clément To displace a cemetery means not only transporting it’s tombs but equally it’s memory and rituals consolidated over the times. The old cemetery’s regular and geometric figure, which follow the ground pendent is reproduced. The vicinities between tombs are maintained as place recognition elements, as well as their orientation (read more…)

Rennes Métropole Crematorium / PLAN 01 Largely marginal in the 1970’s, cremation has experienced a slow but regular progress for the last 20 years, reaching a 29% rate today. In 2030, cremation will become the main funeral practice in France, outreaching the symbolic 50% rate. This true reversal of traditions underlines the progressive spreading of cremation (read more…)