Thanks to Alvaro Siza and Eduardo Souto de Moura, Portugal's two Pritzker Laureates, Sao Paulo will soon have its own temporary summer pavilion - a la the Serpentine Gallery - in the city's most important green space: Ibirapuera Park. 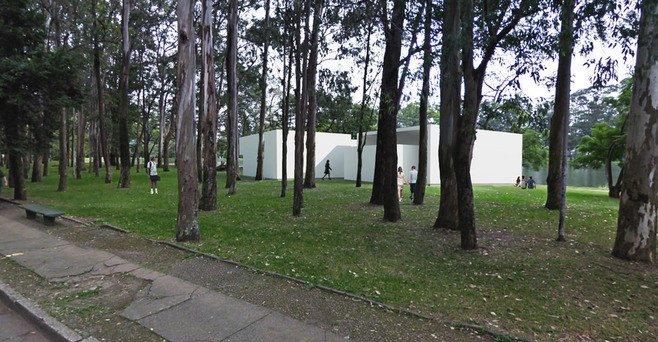 The idea for the pavilion is to generate a dialogue between the Brazilian and Portuguese architecture communities. The Urban Strategy office, a Portuguese innovation lab, coordinated by architect Nuno Sampaio, that studies architecture, urbanism and design, is behind the project.

The 500 m2 pavilion will be installed along the edge of the lake in the park for a month, probably September, and will house an exhibit on the last 20 years of Portuguese architecture. The structure will also feature an auditorium for 160 people, where lectures, panel discussions and film screenings can be held.