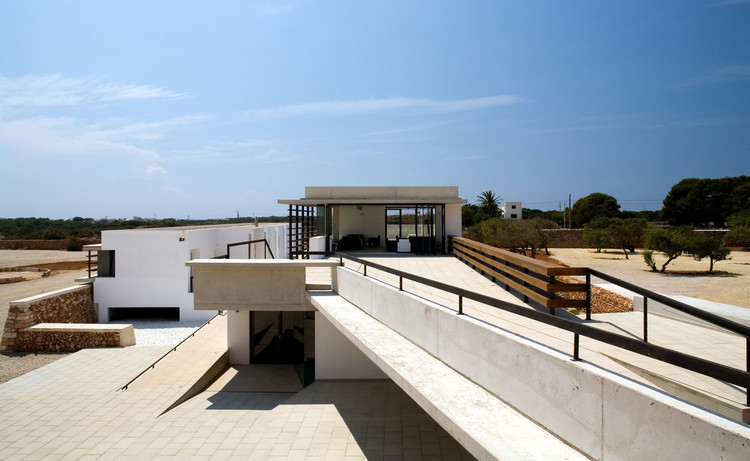 The farm known as 'Sa Vinyeta' is located in the fringe of the urban fabric of Ciutadella, a place where the city grid plans encounter flat extensions of land dotted with isolated volumes, usually homes, some of which were linked up not so long ago to small-scale agricultural or livestock farms. 'Sa Vinyeta' was characterized by a 'Farm House' of particular historical significance that forms part of the Inventory of the Architectural Heritage Protection with a 'high degree of protection'. This protection affected the entire building, including both the facades and the interior layout of the most representative spaces, such as the entrances, the staircases and noble rooms. The 'Farm House' reaches a much greater height than the one currently allowed by the urban planning regulations, which, coupled with its unique geometry and the plain territory in which it is inserted, have made of it a clear reference in the site. In addition to the relevance of the main building, It should also be highlighted a system of stone walls that divide and organize the farm and old orchards. The farm also had some small ancillary buildings, sheds and dairies, with little architectonic value and in a poor state of repair.

The requested programme consists, first, in rehabilitating the existing building and, secondly, in expanding the floor area to use it as a Youth Hostel. Additionally, the excellent location of 'Sa Vinyeta', close to the city centre and the port of Ciutadella, also creates opportunities for the municipality to develop other types of activities such as exhibitions, conferences, etc.

The project is developed simultaneously in both, a landscape and architectural scale. The aim is to create a new complex that integrates the existing elements with the new functions and buildings under a single logic. The reference elements to start the design were the main existing building and the two key elements of the landscape: the horizontal plane of the flat land and the dry stone walls.

The design started creating a new landscape zoning among the existing dry stone walls. This zoning was formalized with a paving layer that defined the main access areas, organized the circulations and established different public/private zones. The interstices between the new landscape zones and the existing ones dry stone walls defined the places to locate the new buildings containing the hostel rooms, dining areas, kitchen and other amenities living spaces.

The new buildings are characterized by its horizontality and its linear relation to the existing dry walls. In addition, this relation to the ground is highlighted by the integration of the different building levels (floors and flat roofs) as one more layer over the flat landscape. Exterior ramps and stairs connect the different building levels with the ground, and the public space from the access plaza is linked to upper public platforms with views. This design of floors and roofs transforms the building in an artificial topography and that establishes a sense of continuity with the surroundings.

The 'Farm House' has been renovated with a number of small public spaces at different levels. Its flat roof is the last of these public spaces, the highest point in the complex, a privileged place from which to appreciate the landscape level, the horizon, the place where we come from, and the sea. 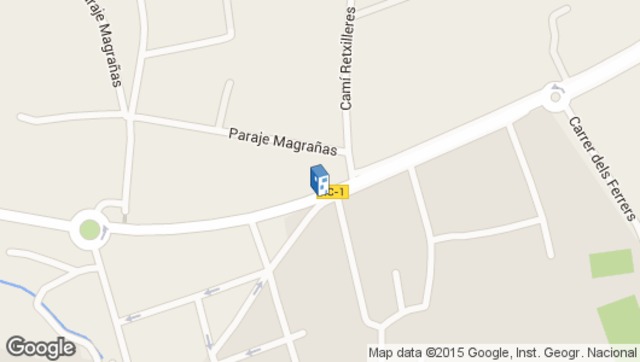