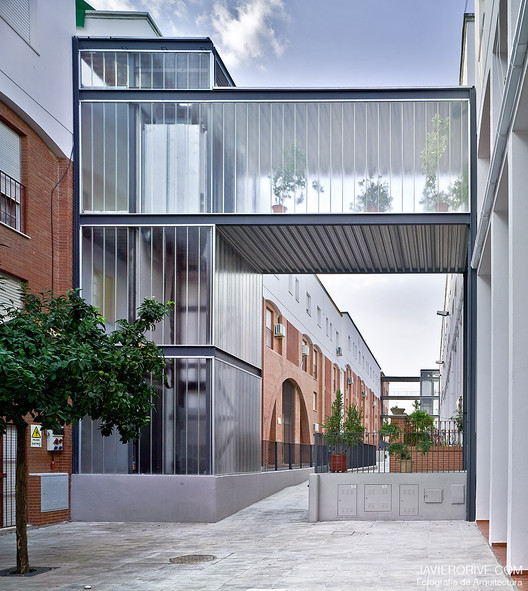 Text description provided by the architects. The project tackles the problem of accessibility in two three story multifamily residential buildings built in the 90s comprised of 100 public rental units. The only access to the homes was by stairway. The buildings are roughly 100 metres long and are separated by an interior street with a steep incline. Eight lifts, one for each entrance, were to be included in the initial project.

The potential architectural intervention in the entire complex made us reconsider the initial approach. Our proposal was to install three bridge structures each containing a lift to resolve the accessibility issues in all the homes using the existing corridors that ran through the buildings lengthwise.

The plan was guided by criteria of minimal intervention, incorporating resources provided by the pre-existing architecture. Consequently, new social spaces for the residents were built and installation and future maintenance costs were reduced.

The intervention also resolved other problems with the hung plumbing network and the building’s finishes.

The approach to mediating between the two separate buildings by reconfiguring the interior street separating them, using materials and building solutions chosen for their simplicity, accessibility conditions were improved and the space, which residents had previously avoided crossing, could now be used for transit and as public space.

The new vertical circulation cores provide service to the longitudinal corridors that connect the homes using as few lifts as possible. Each core is a different colour to make it more easily identifiable by users and to define the resulting public spaces.

The three bridge structures that contain the lifts are formed by steel porticoes that span the distance between the two buildings. Composite galvanized steel floor decking with reinforced concrete was used for the floor slabs. And the construction process allowed for all the homes to be used during building. 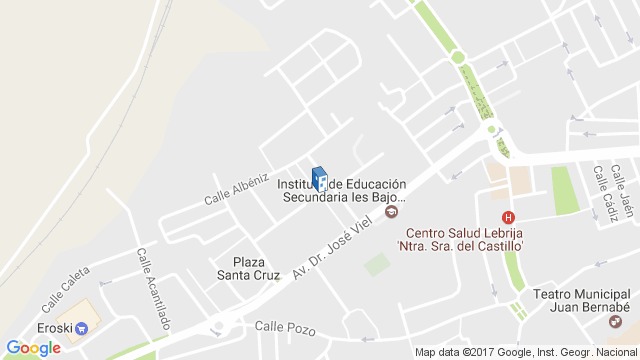