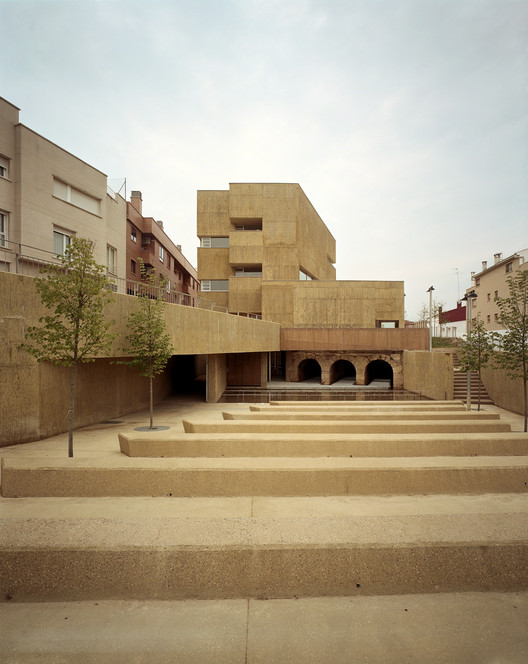 A mythical ruin is now in the center of town, next to a large canal, which for centuries milled grain and later generated electricity for the entire population. We propose its recovery as a museum with a didactic character, included within a new cultural center. The project is developed in five key concepts:

1. The identity of the mill space.

2. The compactness with the location of the Cultural Center in a second volume located on the south side of the plot.

3. The abstract volume with the minimal visible scale reference elements, to address the problem of scale and obtain a presence of the public building on the Plaza de Aragon, despite the taller residential surroundings.

4. The outside space as part of the cultural center, the area between the volume of the mill and the Plaza is treated as a large outdoor room, a parterre.

5. The material character of the building and its environment, which accepts imperfections and the passage of time. The new volume refers to the local traditional architecture and the mill itself, with ochre stained concrete elements, and the constructive evolution of the traditional stone and mortar walls. Therefore, the sense of mass predominates. Its concrete finish texture, constructed with formwork made of reeds, a typical material of the canals, generates a vibration and chromatic variation with the changes in daylight. 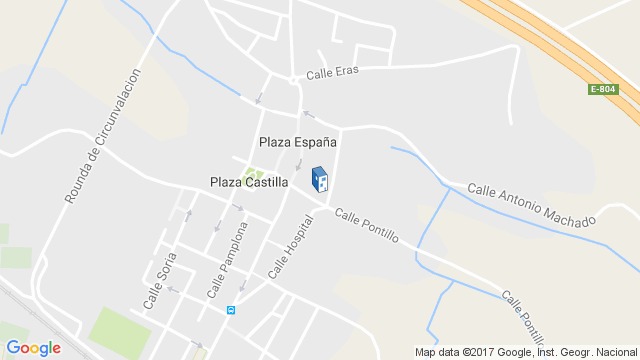