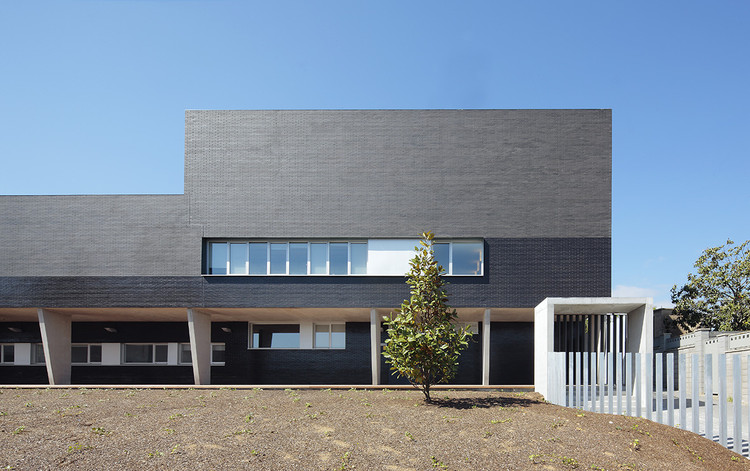 Text description provided by the architects. The programme is contained within a rectangle of 30 x 50 metres which is placed at the highest end of the site. From this first rectangle, a corner is removed to mark to signal the main entrance by creating a widening of the public space like a small open-air vestibule.

Once inside, the entrance hall allows direct access to all the different areas of the building: first aid, health education, surgeries and, via a restricted access next to the reception desk, to staff and service areas.

The surgery area, which represents the functional backbone of the building, is organized in groups of four surgeries in order to achieve a fragmentation of the waiting rooms. Each of the six waiting rooms is accompanied by a patio that provides natural light and privacy. Each of the waiting rooms is identified by a different colour, offering a feeling of identity and orientation to the users. The patios, clad in white enamelled brick, also provide natural light to the surgeries.

The staff area is placed, taking advantage of the slope of the site, on a lower level that opens onto a porch and a small private garden. A series of skylights bring the light of the patios above to the circulation spaces on the lower floor.

The building is wrapped with an envelope made up of two different types of brick: shiny black enamelled brick in the lower areas and matt black enamelled brick in the upper parts of the facade. The differences between the two types of brick tend to either vanish or exaggerate, depending on the orientation and the time of the day, offering an exciting play of glitter, reflections and shadows. This dark and protective envelope creates a strong contrast with the brightness of the interior space. 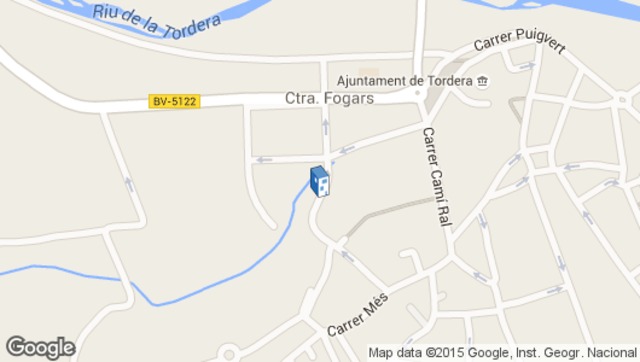