Save
AD Round Up: Stone Houses Part II
Share
Or
Copy

To start this week’s Round Up, we bring your our second part of previously featured stone houses. And of course, remember to check the first part right here.

Breuillot’s house / Bernard Quirot & Olivier Vichard Located in a small village 10 kilometers south of Besançon, the main town of the region « Franche Comté », this house was built far from the center of the village, up on the hill which dominates the river « Loue » and beneficiates of a clear and wide view . It was made for a single grandma’ who takes care of her daughter’s children every day (read more…)

Box House / Alan Chu & Cristiano Kato It is a small construction with an equally simple program: A caretaker’s house of a property on an island on the North coast of the State of São Paulo, Brazil. The site, at 100 meters above sea level, next to two enormous rocks, already had the old caretaker’s house, one-story house with stone walls and clay roof tiles (read more…)

House in Scaiano / Wespi de Meuron This house for vacations is located at the border of a small historical village, which is still quite good preserved. There is a beautiful view over the lake and towards the mountains. It’s only possible to reach the house by foot. There isn’t a street leading close to the site, what made the construction more difficult (read more…) 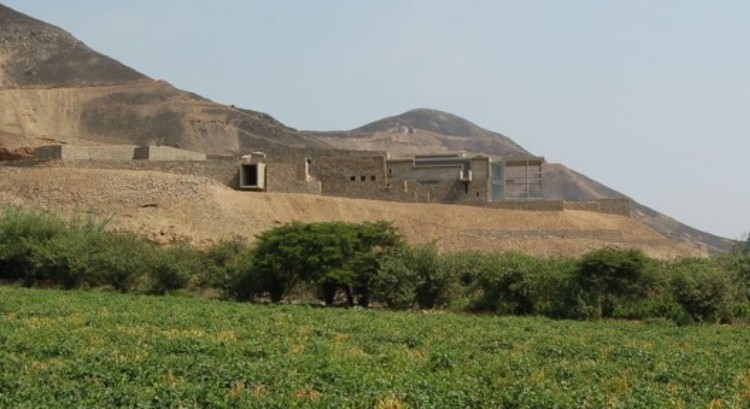 Pachacamac House / Longhi Architects A hill in Pachacamac, located 40 km south of Lima near Peru’s coast, is the site for the retirement home of a philosopher. The response to the site’s conditions was to bury the house, trying to create a balanced dialogue between architecture and landscape, where inside / outside becomes a constant interpretation of materiality (read more…)

Valle House / Sebastian Mariscal Studio This weekend single-family dwelling is located in the Valley of Guadalupe in Baja California, Mexico. The valley, known for its wine production, is surrounded by amber-colored mountains and pierced by dirt roads continuously winding between vineyards and olive trees. These surroundings serve as visual lines and filters (read more…)