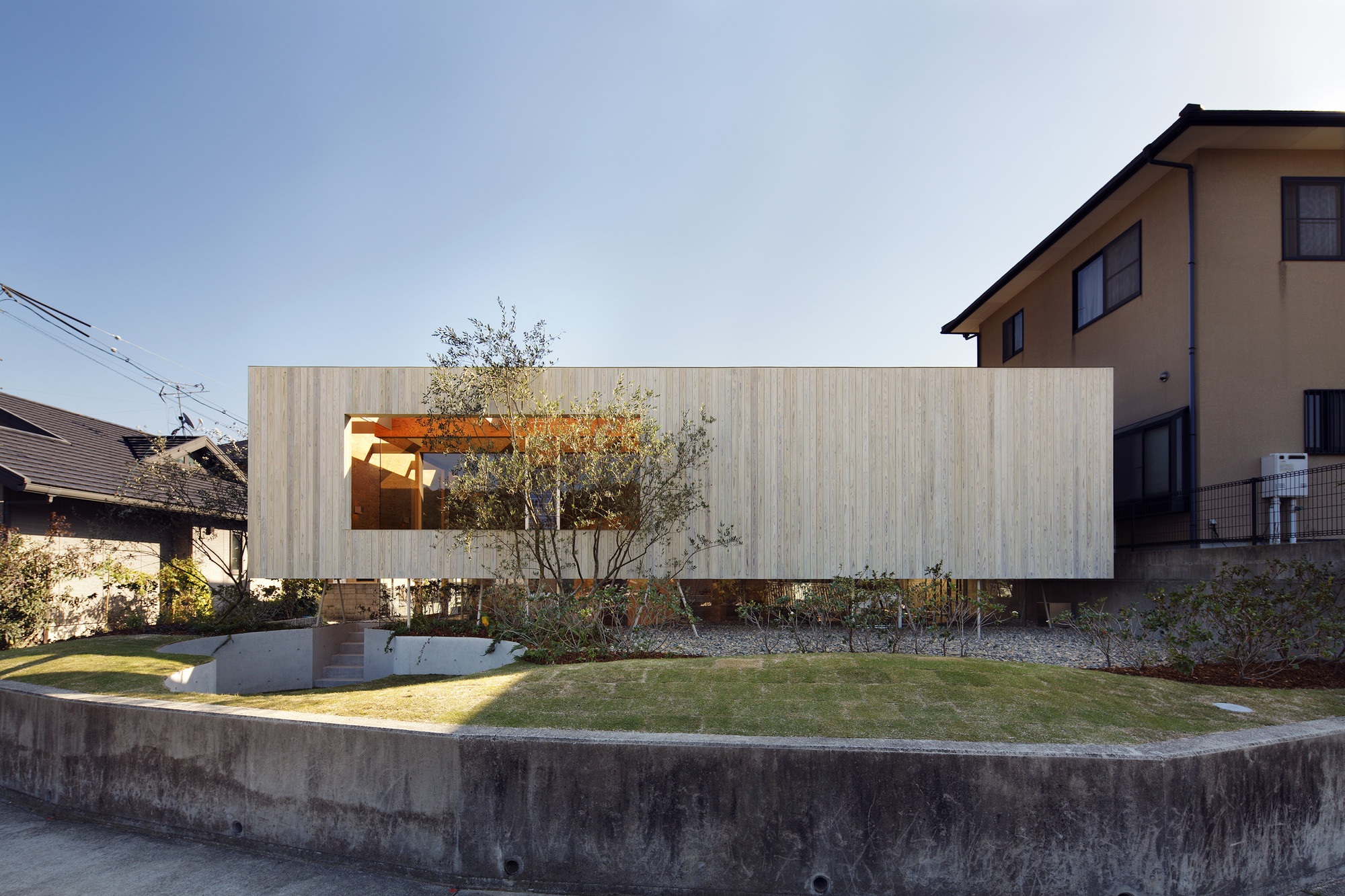 The house positions itself in Okayama Prefecture near Seto Inland Sea. The site is located on a terraced mountain hill that was developed as a residential land. The family is consisted of a married couple and a child. We considered a new way of architecture on the site condition, where views are open towards the north and the ground level is one meter higher than the road level.

The relationship is as if the site’s natural environment and the architecture coexist at the same time. The architecture has become a part of the whole landscape of undivided environment, not simply thinking about connection to the surroundings from the cut off opening in walls.This time, we came up with a living form that accepts the outside environment such as surface of the terraced land, surrounding neighboring houses’ fences and walls, residences that sit along the slope and far beyond mountains. The architectural principle is not a division from the land with a wall, but an interior that is an extension of the outside and connection of the surface like a pit dwelling that is undivided from the land. In concrete, six types of floor levels including a round floor that is created by digging the surface are connected with a concrete cylinder core at the center. Furthermore, delicate and multiple branch-like columns that support the slightly floating boxes produce various one-room spaces.

Environment and architecture create new extensive relationship by connecting surfaces. The territory is undefined in the space in a body sense. I think that is more natural relationship of an architecture standing in a landscape. 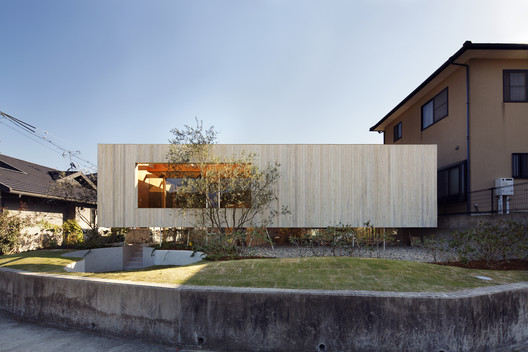