Save
AD Round Up: Retail Part II
Share
Or
Copy

Big, challenging, creative. Designing a retail store may very well define it’s success in the future. Check our first part of previously featured retail stores in ArchDaily. And to finish our week, we bring you our second part of retail. Enjoy!

Sarugaku / Akihisa Hirata This is a set of commercial tenant building in Daikanyama, Tokyo. From legal condition it was demanded to build several small volumes in narrow site, and we decided to make several volumes that seemed to be mountains. Thereby valley-shaped space between mountains is formed, where people and displayed things will overflow (read more…)

Dot envelope _ low cost shopping / OFIS arhitekti The existing site is listed as industrial historical area with buildings of an old butchery complex, which included the water-tower and old butcher hall. Demand of National heritage was to rebuild the tower as it was in original and to integrate the main façade portal of old hall in front of the planned new shopping mall (read more…)

Showroom H / Akihisa Hirata This is the building for a showroom exhibiting small agricultural equipments. I tried to create a place similar to natural environment in an artificial way. People are invited to go deep into the continuity without whole view, where they can find different spread of things in every minute. This architecture is made by a very simple operation (read more…) 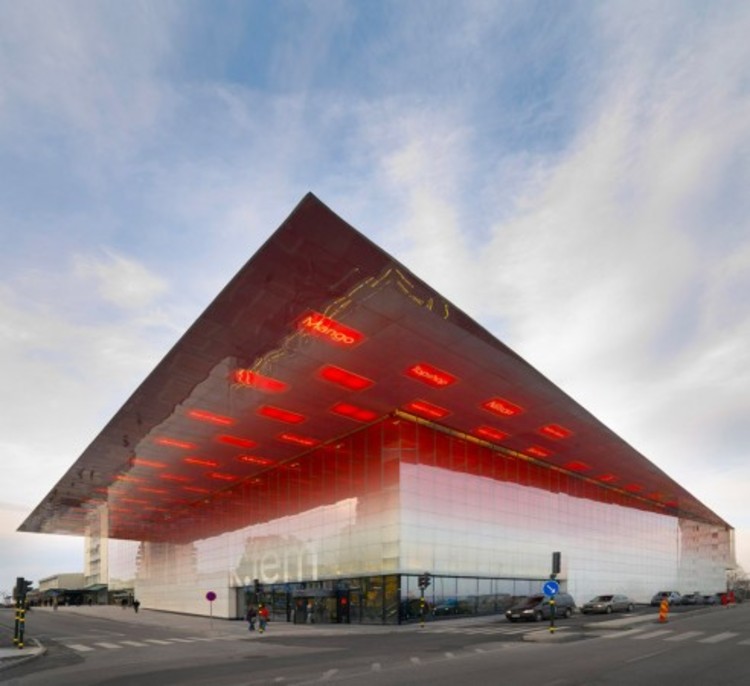 K:fem department store / Wingardh Fifty years after the opening of Vällingby, Sweden’s world famous New Town from 1954, works began with its resurrection. After the glorious days when children and their mothers filled the community in the outskirts of Stockholm with life, other developments gradually drained the neighbourhood unit (read more…)

PUMA City, Shipping Container Store / LOT-EK Our green friends over Inhabitat just tipped us on a new project by NYC/Napoli based office LOT-EK, a practice that has been doing an interesting job by reusing containers. 24 containers are put together to create a 3 storey store with over 11,000 sqf, including a bar/lounge area and 2 decks. The store is currently at (read more…)