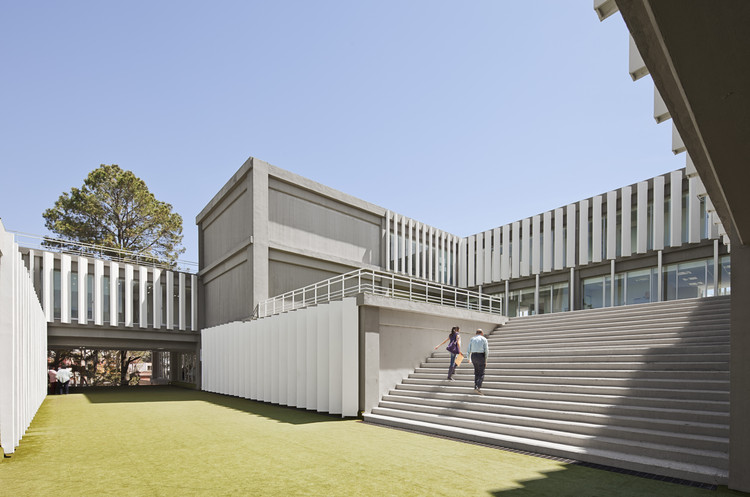 Text description provided by the architects. This office complex is located in the State of Tlaxcala, in a government city plot intended to build various seats of the State Government.

The offices for two Tlaxcala State Ministries, Public Education and Health, are located in the midst of an urban context that is predominantly housing. A topographic analysis of the site was made in order to build the project as platforms, as staggered terraces, to develop the program for the two Ministries.

Since these office buildings had to be built quickly, we chose a structural system based on prefabricated material, to comply with this requirement.

Both ministries are surrounded by natural spaces. The wooded area was kept in its original site, and it has a gully that serves as a water collector and plays an important role in the environment, which was recovered for the workers of these offices.

The link between both ministries is an open plaza, which clearly marks the access to these, and also creates a clearing for recreation.

The façades of both buildings have a brise soleil system, sun breakers whose position and separation is done to provide sunlight to the different areas of the offices.

Also, a system of green roofs with native plants provides the user with the required comfort. 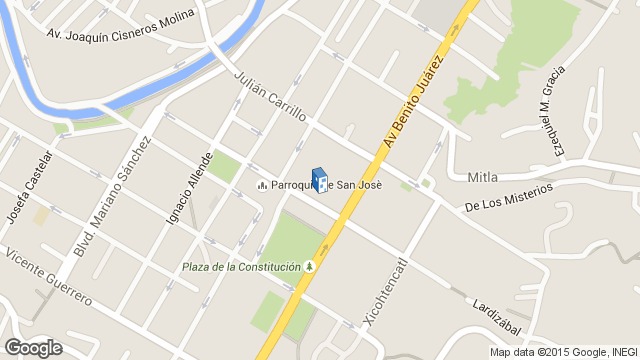