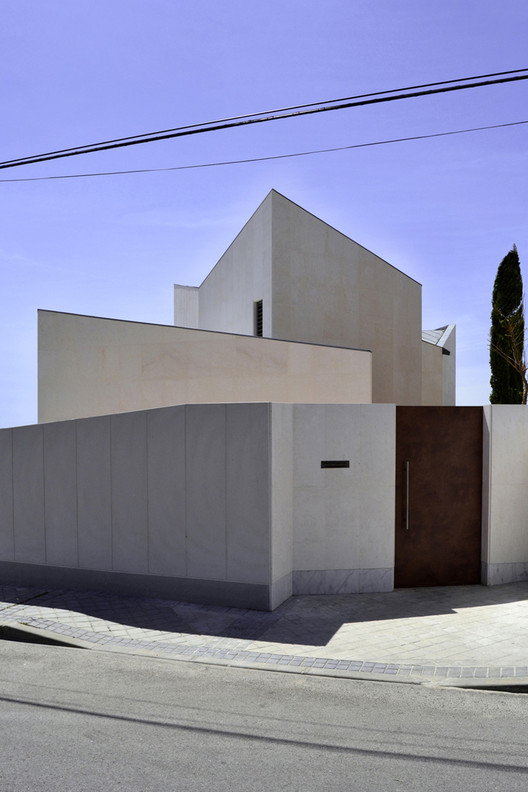 Text description provided by the architects. The site is located on top of a trough with large and splendid views west of Madrid.

The difficulty lay in the disparity of the plot. The narrowness of the front and side setbacks forced a very narrow corridor and longitudinal distribution in which a large part of the rooms would be located very near the lateral boundaries, closed to the south facing view.

In this situation we chose to modulate the plot with a diamond grid and introduce jogs to generate garden vacuoles on the sides of the plot, allowing, in turn, openings oriented to the light and the panoramic view. The resolution of such irregularity, both in plan as in section, is produced through continuous reinforced concrete slabs.

The plan resulting from this process is a sequence of overlapping zigzag spaces with the same scheme on the upper floor, and which fold on the roof, swinging the height of the rooms according to the lighting and ventilation needs.

The resolution of such irregularity, both in plan as in section, is produced through continuous reinforced concrete slabs, folding the structure as if we were working with paper.

Origami, the Japanese art of folding paper to obtain figures, does not need scissors or glue, just a piece of paper and the hands of a human. Origami is the action of folding a paper to create a model. In architecture, “folding” is the action of bending or folding surfaces to create continuous-discontinuous effects. In folded architecture, surfaces fold to adapt to the events that they host.

The square grid is obtained by plotting two sets of equidistant parallel lines, perpendicular to each other. Their construction can be done in a vertical or an oblique axis.

60º to each other. It can occur vertically or horizontally. In the first case, one of the adjacent sides is the vertical direction and in the second, it is the horizontal direction. Some structures generated from triangular grids: a hexagonal grid would result from eliminating triangular lines that do not make regular hexagons. Similarly, exerting external pressure on a square grid with two opposite directions will result in a diamond grid and in particular a regular diamond grid. The hexagon may be separated into three diamonds, but these are not regular polygons.

CRACKING. In the dwelling, the surfaces break and fold, so that the entire development of the house can be configured with one developable surface. A volume with truncated corners and a folded cover arises. 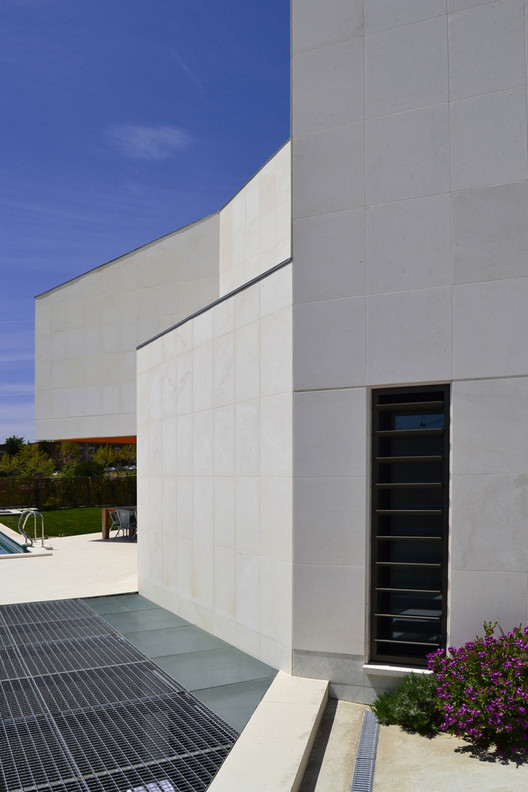