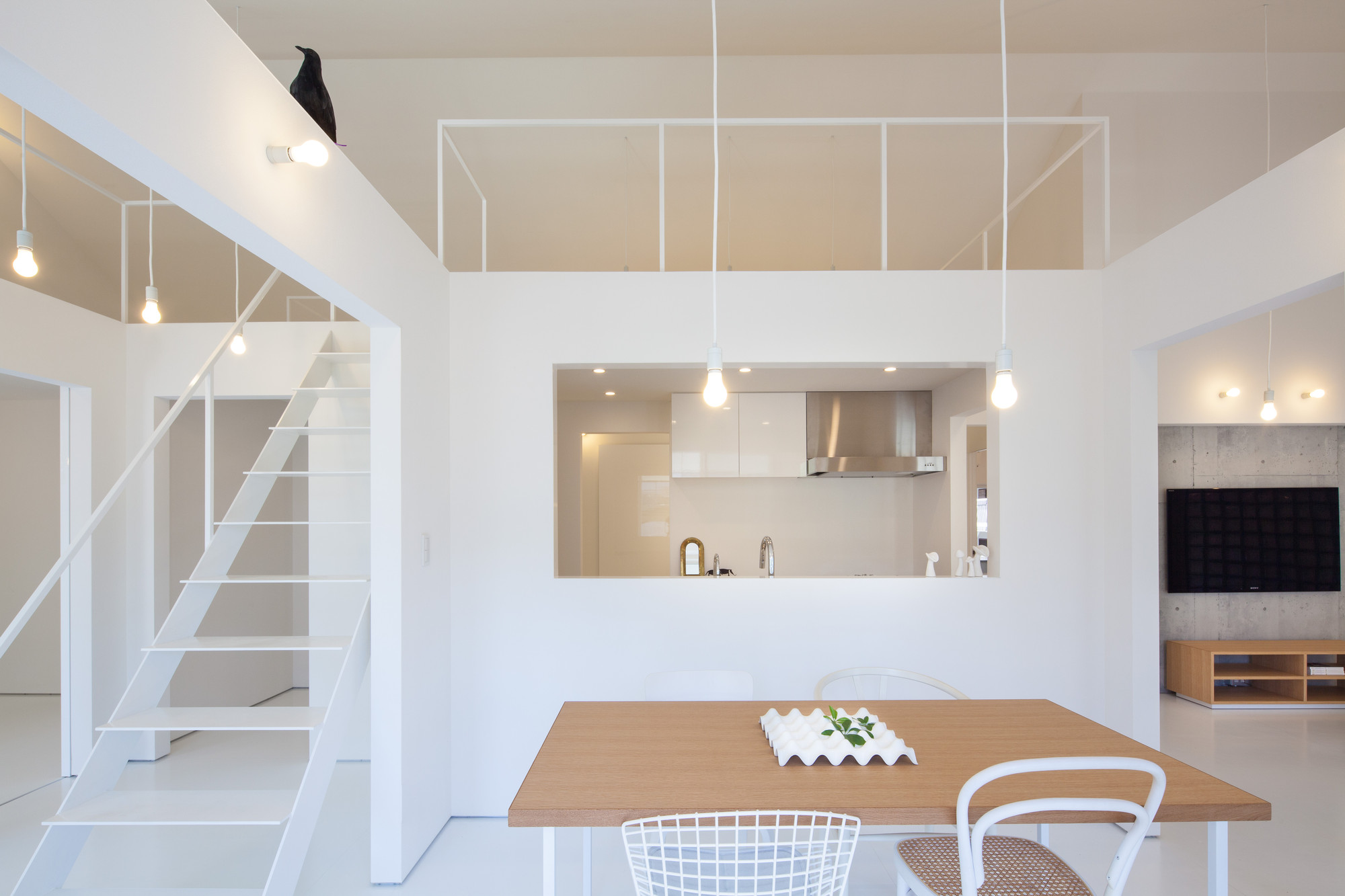 Text description provided by the architects. Our client was initially inclined to build a new house. After much consideration, however, he decided to partly renovate his three-storey family house, and use it as a residence for a two-generation family.

The client requested a home where he could feel the presence of his family throughout the building, while at the same time having the calm and relaxing sensation of being in a private room. By enveloping each room with a sloping ceiling to make use of the existing building, we wondered if we could create an ambiguously defined space that would feel as if it had been partitioned, while still maintaining a sense of coherence and unity.

The components that make up each individual room are gate-like walls, which consist mainly of openings. The roof gradient and heights of the sash windows were determined in accordance with the original height of the living room, which was 2400mm. The heights of the walls also took their cue from this figure, and were set at 2400mm. Although it seems as if this height has been deployed with excessive frequency within the space, doing away with ceilings for the individual rooms while covering them with a single, sloping ceiling and installing windows at a number of positions along the walls allowed us to create a sort of landscape that presented a very different face to the familiar surroundings. Each space also contains two or more windows or openings, giving rise to a multilayered space with no sense of hierarchy within it.

The renovation process involves thinking about how we can devise new spaces while respecting a given set of conditions imposed by the existing building, as well as the client’s requirements. The glass blocks from the large staircase and stairwell were transformed into a part of the living room and the reading space, while the innocuous reinforced concrete wall that originally supported the staircase was given a new lease of life as the wall that one notices most of all on a daily basis. For our client, this space helped to give things and objects new meanings, and became invested with new stories and narratives – a process that prompted him to rethink the possibilities of design through renovation.