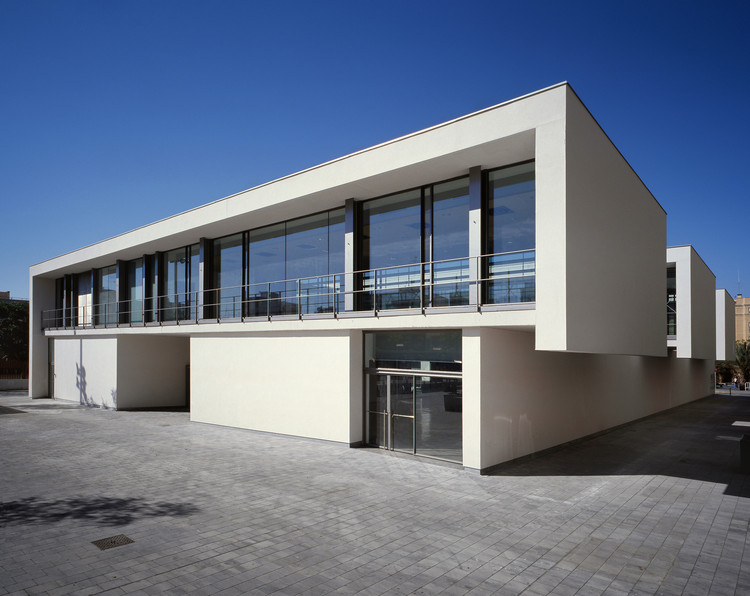 The space where the building is located is very unique because it is placed in a neighbourhood with high population density and few public facilities, so the building generates an important point of urban life, non-existent until the construction of the building.

This project gives the neighbourhood a social centre with different uses. So the urban space mainly improves by citizens enjoying the square, the socio-cultural centre and the public spaces that the building generates itself.

Between the building and the street Avenida de Novelda, neighbourhood commercial hub, it generates a square - garden that defines the northern blocks of homes and on the south by Francesc Cantó school grounds.

The characteristics of the site and the determining structural mesh underground parking rule the project. The building is organized with a very precise geometry modulated by the plot elements of the Basement. The building has a composition of volumes that creates a series of ground floor spaces which serve to articulate the grounds and facilities surrounding the building.

The building is a set of blocks, the base ground block and three rectangular block twinned perpendicular to it. Between both it is created a corridor which visually links the square with the main street and the garden located at the west.

This set of volumes make an outside compact set, with a wealth of covered spaces and courtyards, which will expand the public use space’s during the utilization schedule, and shall be closed at remaining time.

The combined projected facades large planes alternating solid and glazed modules that give the ground floor a closed nature outwards in longitudinal block ground floor are created around courtyards that open on interior spaces. On the first floor large open windows, those at the ends are protected from sunlight by horizontal bands forming a lattice fenolizados board, while the ends are blind.

The materials used are outside enclosure walls finished with plaster of lime glass and metal. Inside the partitioning is provided with light and removable partitions 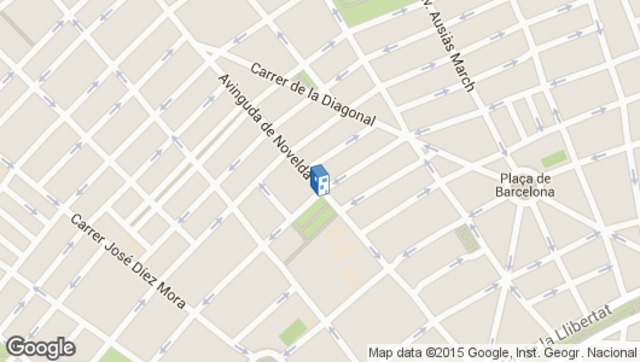