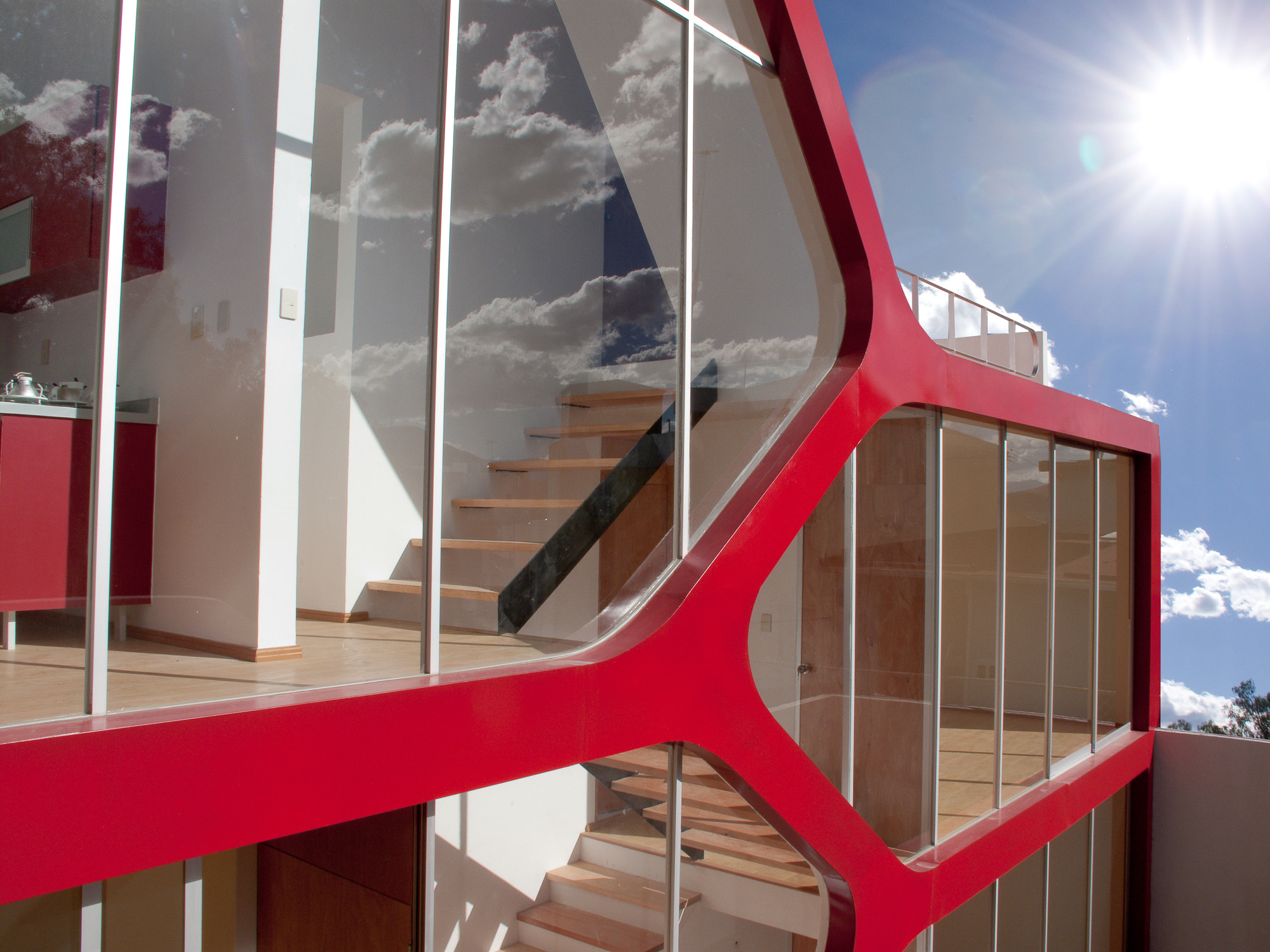 Text description provided by the architects. The proposed concept is based on the intention of generating 15 m² modules where each of the areas of the architectural project take place, and through which open and continuous spaces are generated. These modules provide to each family the possibility of adapting their house according to their needs, with the possibility of expanding in a clean, orderly manner with a low operating cost.

The house is perfectly adapted to the terrain. Due to a steep slope, we laid out half levels with a centralized vertical core. Thus, the modules are subtly settled on the contour lines suggested by the natural topography.

The idea of creating continuous and open spaces gave us the opportunity to use few walls, these work to contain the washrooms proposed at the center of the project and make the building services more efficient, as well as generating a central core which adds stiffness to the whole structure.