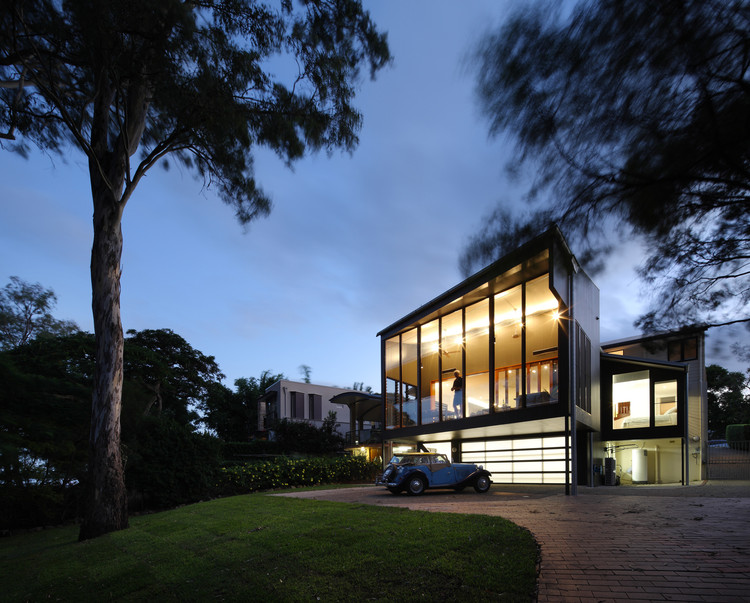 Text description provided by the architects. This project involved the refurbishment and extension to a 1990’s cottage that had been substantially damaged during the January 2011 Brisbane River floods. The existing house enjoyed north east aspect river frontage but had very a poor connection to the river as well as massively underutilised living areas.

The primary scope for the project involved the reconfiguration of the existing deck area into the “River Room”, conceived of an indoor/ outdoor space that could be calibrated by the clients to use year round. The space involves a chamfered trapezoid plan with a highly articulated glazed north-east facade. The glazed wall forms a solid barrier to the cold winter breezes while allowing complete openness and transparency during the warm summer months.

The historic barrier between the internal and external spaces has been replaced by beautifully crafted timber doors such that the entire space can be opened up as one area or divided up to suit heating or cooling requirements. A seamless floor surface link the areas such that a deliberate degree of ambiguity exists between what is inside and what is outside.

The existing internal living areas have been reconfigured in the planning and upgraded in finish, such that they now fully enjoy and experience the connection to the river. The project was very cost effectively built and was handed over to the clients one year to the day of the original flood event.

What contribution does the design make to the lives of the inhabitants?

The design offers a permanent and unfettered connection to the river which had previously been unexploited. The new spaces are oriented to capture warm winter sun and light in the previously cold and dark house with the additional ability to close up the outdoor spaces affording year round use of the area. Equally in summer, the new space can be adjusted to control the amount of breeze within the space which was previously unusable during windy periods (which were common). The main bedroom now also has a river view (and breeze) as well as a new ensuite.

Relationship of Built Form to Context:

The relationship to the street is unchanged by virtue of the work being carried out to the rear of the house only (the front of the house is on a relatively busy street, requiring it to be discreet) while the rear of the house has been dramatically changed to take full advantage of its setting. The context on this side of the house is all about extraversion and transparency, both of which are achievable due to the privacy that the river offers. The extension is a deliberate counterpoint to the low and closed up existing house.

The brief given to us was largely of a pragmatic nature with a desire to open up spaces and make better use of the existing space. The completed work involved very little additional area by virtue of the introduction the operable glass wall, a device that in effect allowed us to add less area but make better use of it. This move created a totally new experience, and a much more climatically responsive space. This was an outcome achieved that was way outside of the clients expectation, particularly in light of the small budget.

Integration of Allied Disciplines: Contribution of others, including engineers, landscape architects, artists and other specialists to the outcome

This project was carried out with a team we have worked with many times before and as such enjoyed a very close relationship between the builder, architect, sub-contractors and client. Sub-contracts such as the timber doors as well as the frameless glass windows were the most critical for the projects outcome. The cabinet maker was also a key part of the quality of the project and cost effectively delivered a superb outcome. The carpenters brought the whole house together with their work on the screens, floors and panelling, which really expresses the quality of the project.

Sustainability: The benefit to the environment through design

This was a house earmarked for demolition and instead was able to be saved, making it more sustainable from the outset. The bulk of materials were retained where possible and all the new timber was FSC. The extension is not air-conditioned and by virtue of the glazing allows the area to be used year round, making better use of the area. Additional insulation as been installed in the floors, walls and new ceilings to increase thermal mass. The optimal orientation toward the north east will materially reduce the dependency on artificial heating in winter as the “River Room” is flooded with sun and light.

The efficiency of the combined areas is ultimately the most sustainable move in the design which in effect reduced the amount that needed to be built (thereby reducing the amount of embodied energy in the house). 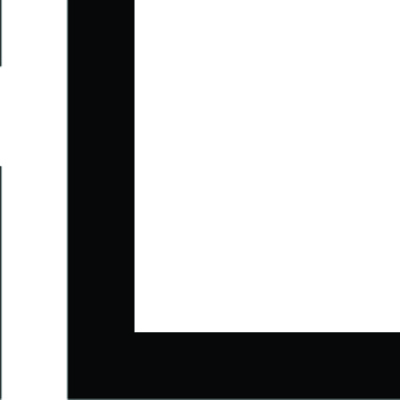