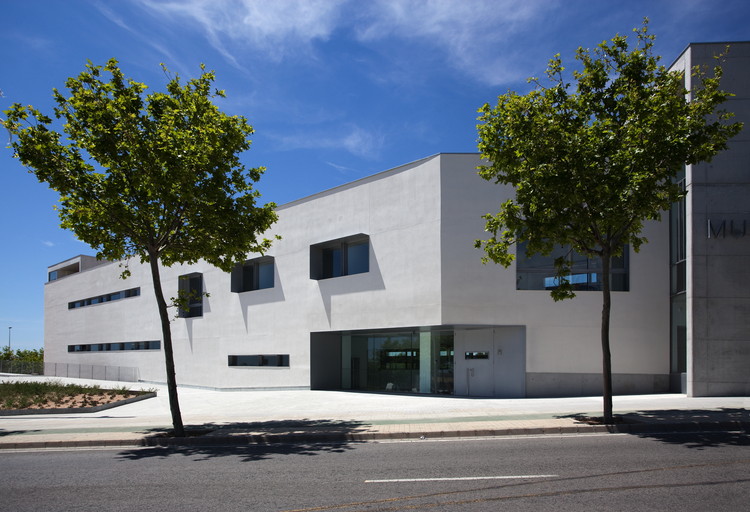 The building was designed in conjunction with the architect Julio Sagasta Sansano, the new Elche`s Municipal Archives was an adventure in which we repeated a second time collaboration and understanding was complete.

The set has a very successful implementation inside the city of Elche. The building stands on the Vinalopo river´s edge, near the Bimil.lenari bridge. The building is situated on a hillside facing south and east, it creates a visual dialogue with the city skyline and Elche´s Palm Grove, which is recognized by the UNESCO as a World Heritage Site.

The project is on a triangular plot, with a slope to the south-east due to the natural topography.

The ensemble is made ​​up of three main bodies, they are placed on a plinth that solves the slope of the land’s topography. The plinth generates different levels so it appears diferents acces between the bottom and the front of the building.

The plinth creates a square with an interesting relationship between volumes.  In the square begins an interesting dialogue between urban space and the Plam trees`s landscape. So it establishes several visuals points that make notable landmarks of the city such as Santa Maria’s Basilica (with its dome and bell tower), El Molino Real, and Altamira`s Palace.

Elche`s Municipal Archives is a ​​simple prismatic volume, it is placed at one end of the site. The building highlights the long windows of the side wall, placed by functional requirements and lighting use. 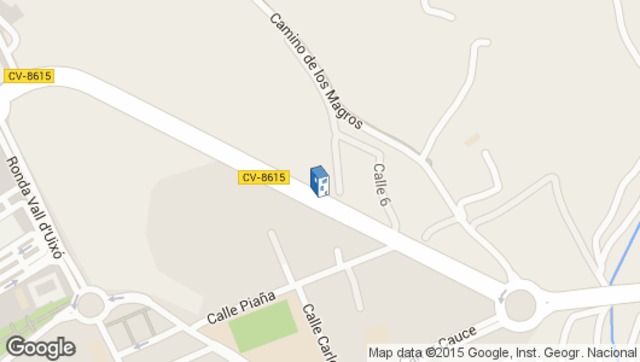 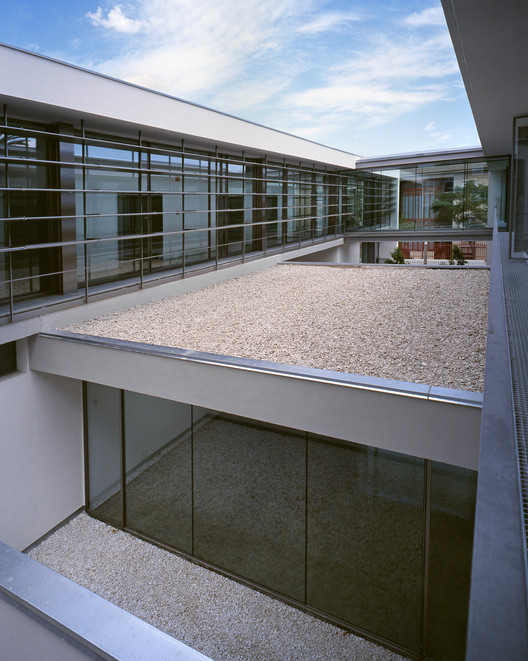 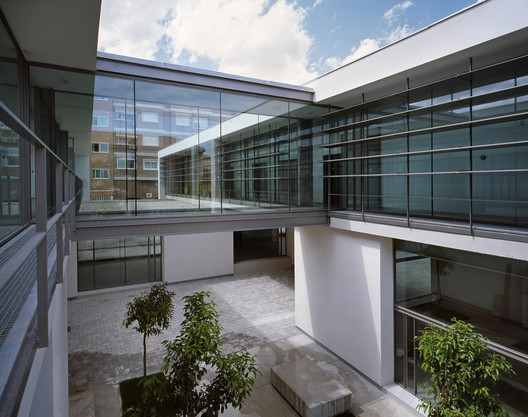