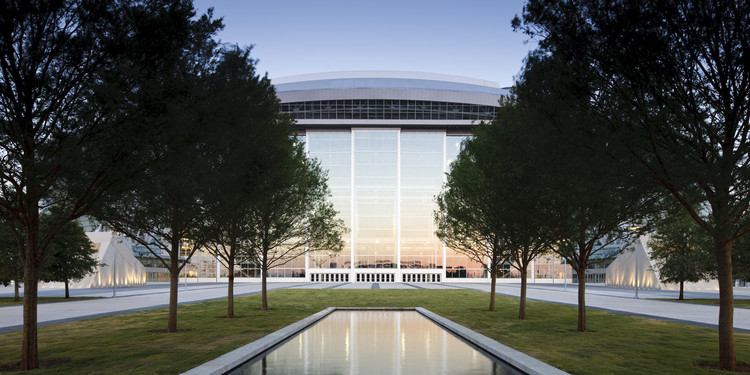 Text description provided by the architects. The new Dallas Cowboys Stadium, designed by the HKS Sports & Entertainment Group opened June 6 for it’s first public event. The new venue, located in Arlington, Texas, is the home of the Dallas Cowboys, one of the National Football League’s (NFL) most watched teams in the USA.

At over 3 million-square-foot and a capacity of up to 100,000 fans it is the largest NFL venue ever built, and maybe one of the most spectacular stadiums worldwide. You can read more key highlights after the break and more images of the stadium.

Designed to be open or closed, depending on weather conditions, the expansive retractable roof is the largest of its kind in the world and measures approximately 660,800 square feet. When closed, the roof encompasses 104 million cubic feet of volume, making it the largest enclosed NFL stadium in the world. The retractable roof is designed specifically to emulate the current Texas Stadium opening which is recognized around the world and allow views inward and outward. Each panel can open or close in 12 minutes. From directly above, the entire playing field can be seen and the opening itself is visible from an elevation of five miles.

The stadium features two monumental arches, soaring 292 feet above the playing field, which support a retractable roof. As the longest single span roof structure in the world, each boxed arch is 35 feet deep by 17 feet wide. Weighing 3,255 tons each, the impressive structures span 1,225 feet in length. The arches form a striking silhouette on the Arlington landscape as sunlight reflects against the metallic surface during the day and a tailored lighting system reflects the form at night.

The stadium features the largest retractable end zone doors in the world. Each has a five-leaf, clear, retractable opening measuring 120 feet high by 180 feet wide. The five 38-foot panels take only 18 minutes to open or close. By using clear glass for the door panels, spectator experience panoramic views from within the seating bowl and when circulating through the stadium concourses. Moreover, the operability provides air circulation during game-day and non-game-day events.

One of the most compelling architectural features of the stadium design is the canted glass exterior wall. The 86-foot-high glass, curtain-wall surface slopes outwardly at a 14-degree angle to create a luminescent glow, day or night. A fritted glass system transitions up the elevation to create a dynamic, ever-changing aesthetic depending on the time of day. At night, a series on internal lights gently wash the glass wall to create a glow across the facade.

Within the seating bowl, Cowboys fans will be provided with a one-of-a-kind feature, a center-hung video board. Hanging approximately 90 feet above the field from the rood structure, the innovative video center spans between the 20-yard lines and features four individual boards – two facing the sidelines and two facing the end zones. The sideline boards measure 72 feet tall by 160 feet wide, while those facing the end zones measure 27 feet tall by 48 feet wide. All four boards are angled toward the stands for optimal viewing. The stunning combination of these boards will immerse spectators with video imagery, creating a premium on upper level seats and presenting the game in a way never before experienced. Streaming across the interior seating facade is a vivid 360 degree matrix board, which offer advertisers “moments in time” during the game.

A signature architectural element for the new venue is the 365 entry. The elongated arch form stretches 224 feet and is detailed with steel plating. It simulates the monumental arches while framing the Dallas Cowboys Pro Shop and box office. This entry is framed by two dramatic 30-foot-tall light walls, providing an upscale, vertical space for both game days and events during the week. Metal canopies are attached to the light walls while fountains activate the space. 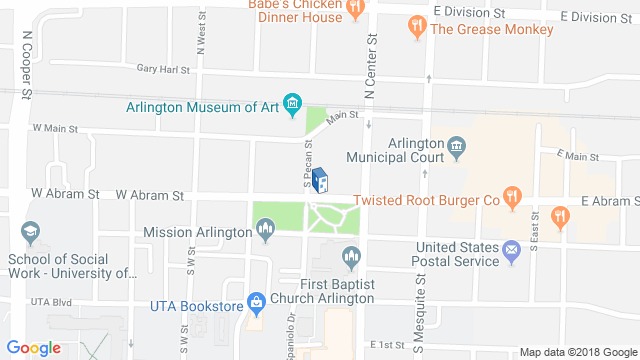