As part of the on-going debate surrounding the UK’s future aviation strategy, Make Architects just unveiled further studies to support its proposals for an expansion of Stansted Airport as a viable option. Building on existing infrastructure, the architects strongly believe that Stansted can connect with central London within 25 minutes, thereby making it one of the most deliverable and affordable solutions currently on the table, costing £18billion to deliver and providing up to £100billion in investment for the east of the country. More images and architects' description after the break.

Together with an expert multi-disciplinary team, Make has produced a self-funded study which will provide the crux of its submission to the Airports Commission and illustrates the feasibility of expanding Stansted to enable it to become an international hub airport. Everyone now recognizes the need for new airport capacity in order to maintain the UK’s position in the global economy. The question remains as to where. The location should be such that it can serve the whole country efficiently for the next century. We have proved that Stansted is a viable option, deliverable, affordable and linking to central London in less than 30 minutes, crucially ensuring the distribution of growth and economic development to benefit the national population.

The main benefits of upgrading Stansted is that there is no requirement for planes to fly over London which minimizes the number of people affected whilst still ensuring the growth in capacity. By building on existing facilities and infrastructure, construction and development can be phased if necessary, up-front costs can be reduced and the benefits of existing assets can be maximized through improved surface public transport connections.

Make’s strategy will act as a catalyst for the Lea Valley and the Eastern Regions, building on the growing technology and R&D corridor that is developing between the east of London and Cambridge and facilitating a new centre of gravity that allows the eastern towns and cities to prosper in the same manner that Heathrow has done for the Thames Valley. Stansted’s transformation provides an opportunity to embed sustainable principles at the heart of the design philosophy to ensure it is an exemplar airport and mitigate against its impact at a local and regional scale.

Make intends to submit their proposals to the Airports Commission in July. 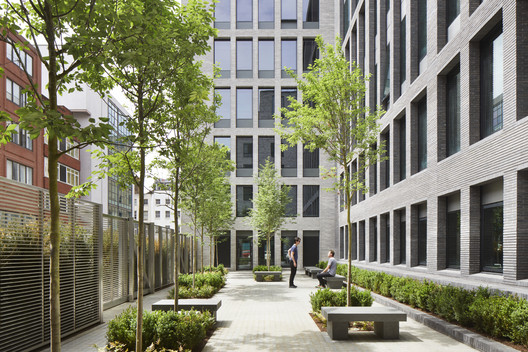