In an attempt to “create an alternative environment” in the center of Amazon’s recently approved, three-block headquarters planned for downtown Seattle, NBBJ has submitted a revision that would replace a six-story office building with a tri-sphere biodome that will host various forms of plant life and provide a more natural setting for employees to work and socialize. Perhaps this change is Amazon’s way of “keeping up with the Joneses”, as many leading corporations - Apple, Google, and Facebook - have been unveiling plans to construct one-of-the-kind office complexes centered around sustainability, innovation and collaboration. 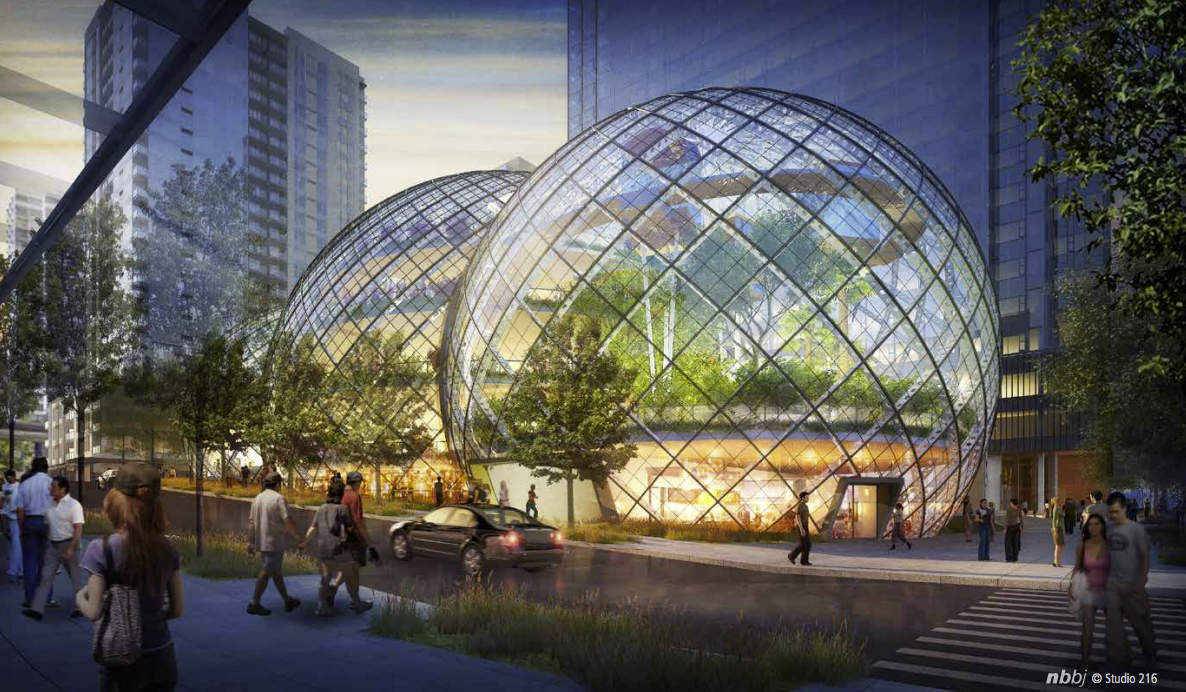 The transparent, glass enclosure will be anchored by retail stores and provide 65,000 square feet of work, dining, meeting and lounge space, in addition to a variety of botanical zones modeled on montane ecologies found around the globe. Each sphere will be made up of five high bay floors, capable of fostering a mature tree.

Roughly located between Sixth Avenue, Blanchard Street and Westlake Avenue, the ambitious, five-acre headquarters will include three towers and 3.3 million square feet of office space. Each block will consist of a 38-story office tower along with a smaller, mixed-use building that will all be connected by a series of pathways and open space. More information, images and drawings can be found here.