Designed by EFFEKT + Henning Larson Architects, in collaboration with Marianne Levinsen Landscape and Moe consulting engineers, Vinge is set to be a brand new town planned in the scenic natural surroundings just 30 minutes from Copenhagen. A large project both on the regional and international level, Vinge will house around 10.000 residents and employ 4.000 people. The city will have its own train station and a new highway will take its residents rapidly to and from Copenhagen. More images and architects' description after the break.

With its 350 hectares, Vinge is currently the largest urban development in Denmark. The life of Vinge revolves around a central park space, The Green Heart, uniting the best of two worlds: Urban life and services with a scenic location and recreational environments. The Green Heart is a unique urban space that integrates nature, urban life and pedestrian infrastructure. Here, the city's residents gather for recreation, shopping, sports and other activities. School and childcare centers; sports clubs and club houses are all arranged around The Green Heart – and are in close proximity to the train station.

The Green Heart is a new type of urban space that unites the city's pedestrian circulation and public transport with urban functions in order to create a unique base for city life, activities and communities.

Vinge is planned to have a dense city structure with high rise buildings near the station. As the proximity to the station decreases so does the density of the urban fabric, giving way to a smaller, more intimate, townhouse scale.

Rather than the traditional suburb the city is to hold different types of relatively dense low rise typologies with small gardens and large common areas. The Green Heart serves as the city's community garden where city life can unfold.  Along the perimeter of the city the structure merges with the surrounding landscape. This results in a city with unique encounters between landscape and settlement - both in the center and along the edges. The dense urban fabric creates a vibrant urban environment, while landscape and nature is always present.

The project was developed for the municipality of Frederikssund and accepted unanimously by the city council on May 8th 2013. Vinge forms part of the Finger Plan developed for Copenhagen in 1947. Introducing a city with its own train station on the 'Frederikssund finger' we are writing a new chapter in the history of the Finger Plan development. This makes it an exceptional chance to develop the concept for future railway towns in the Denmark. 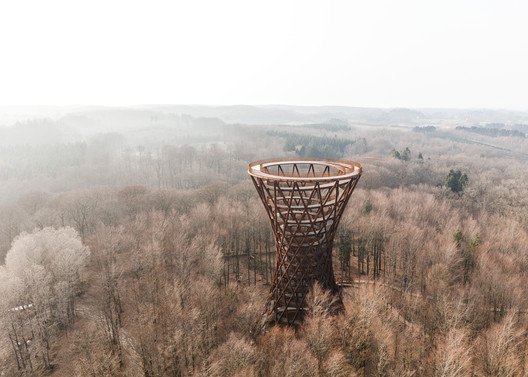 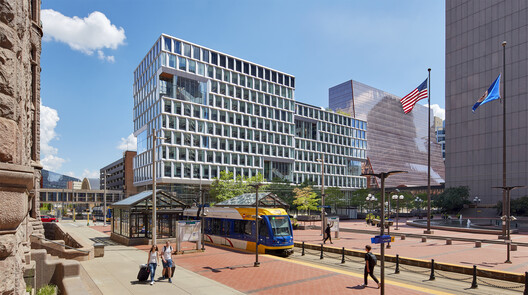