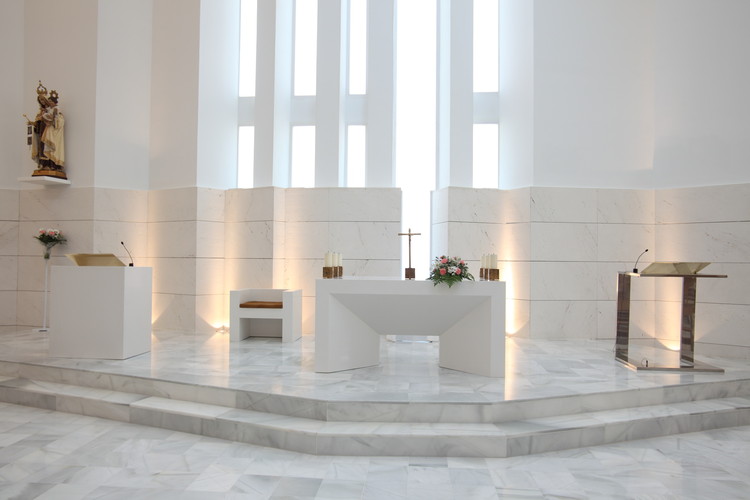 Text description provided by the architects. People and place, place and people and light and sea…

The commission was to substitute the old church of El Puerto, a modest building that had welcomed the parishioners of this area of the city for 30 years, and which the people of the neighborhood understood as their parish. Understanding the link between parishioners and the sea and to translate it into the project has been a starting point for the project, to create an understanding between people and the architecture.

Rooting architecture in the places it belongs, this is an approach we defend. The identity of the place giving shape to the architecture.

The sea of the sailors that we have known personally and who year after year take the Virgin and Saint Anne in procession, the light from Almeria, white, everything generates a palpable whole in our work, to create links and complicities with the new building.

The program is simple: a meeting and celebration space for at least 400 people, classrooms for catechesis, meeting rooms for the parish and a home for the pastor. The plan is laid out from a continuous wall that folds on itself to form the central nave. It houses the sacristy and rectory, and becomes the bell tower. The chapels are grouped within a stone volume, an intimate area, wrapped by the outer wall. The nave, fractured by a crack, is flooded with light. It is this axis that “pulls” the altar to the streets in a gesture of calling. When the door is opened, the altar is seen from the square, powered by the light axis.

The south facade is isolated from the outside, and a corridor of operable windows is created to generate cross ventilation. There are no air conditioning systems.

The roof is made up of heavy volumes that seem to float due to the light, looking, with weightlessness, the sacred.

The concept of happiness is a self-imposed premise, a feeling to achieve inside the building. Light is the tool we use to achieve it. 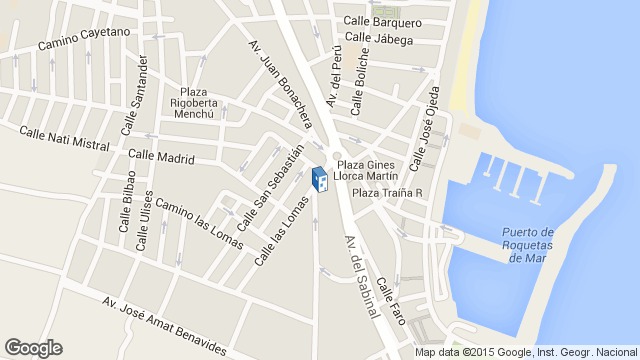