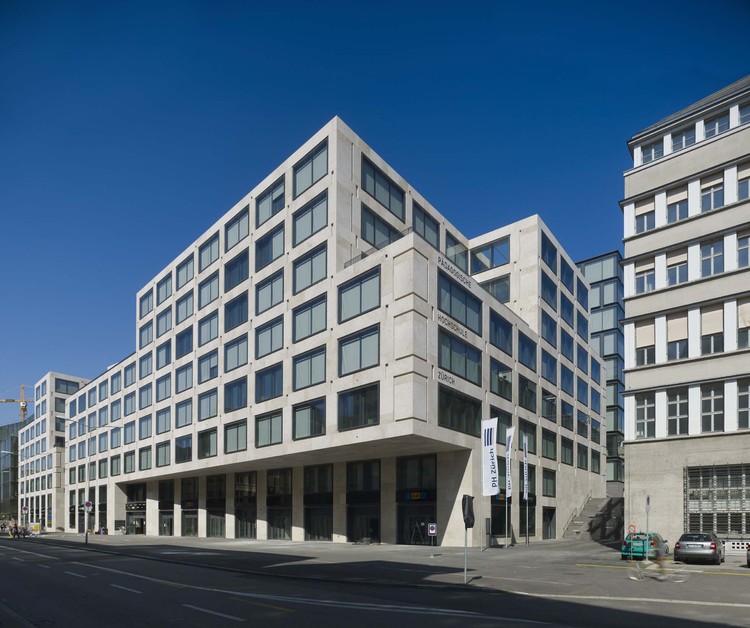 Text description provided by the architects. A new district is being created in the heart of Zurich. The trapezoidal area, located directly behind Zurich’s main train station, stretches from Langstrasse to Kasernenstrasse and from Lagerstrasse to the newly created Europaallee, which runs parallel to the train tracks. This major infrastructural project has a planned completion date of 2018. The new district will incorporate 6000 workplaces, 1800 study spaces, 400 flats, one hotel, shops and restaurants as well as other leisure activities. Prior to the decision taken to transform the tract of land in 2006, the area was being used by the Swiss Federal Railways and the Swiss Postal Service and was not accessible to the public.

Max Dudler divided the building of the new Europaallee district into two stages of construction. On Construction Site A, directly behind the listed Sihlpost building, an ensemble of three buildings is being erected for Zurich’s University of Teacher Education, together with additional office and shop facilities. The ensemble – the first new buildings to be built in the Europaallee Quarter – will be completed in autumn 2012. The University’s elevated central campus is reached via a generously-proportioned set of external steps. The central area connects the ensemble’s main glass building with the structure to the south, which houses seminar rooms and a creche, as well as with the building to the west, which houses work and music rooms as well as two sports halls in its uppermost floors. The northern side of the piazza is occupied by an office building, also designed by Max Dudler. A shopping mall – which includes a passage leading to the train station at ground level – has been incorporated beneath lecture rooms, the university canteen and library. The facades of the building ensemble take their visual lead from the simplicity and elegance of a masonry association. Deep shadow gaps separate the large-size glass and Trosselfels limestone facade elements. Through partial projections and recesses, the building’s facade appears both sculptural yet serene and visually consistent. Its basalt surfacing detail extends seamlessly into the adjoining foyers and canteen.

Additionally, at Construction Site C, which borders Construction Site A to the west, a total of four buildings will be erected by 2013 for a large bank. Of these four buildings, two have been designed by Max Dudler, the other two by Gigon/Guyer (Zurich) and David Chipperfield Architects (London/Berlin). Bridges connect the four buildings, which together form a large-scale structure. With the conversion of the existing Alte Sihlpost building, the entire ensemble will be completed in 2015.

The primary design goal was to integrate the new district into the fabric of the pre-existing city. Accordingly, the floor heights have been designed to match the height of the eaves in the surrounding districts. Located at the entry to Construction Site A, the elegant Sihlpost building, dating to 1929, acts as a visual cue for the sculptural projections and recesses incorporated into the new buildings. When considered as a whole, the buildings being erected on Construction Sites A and C are part of an ongoing architectural dialogue, translating Zurich’s architectural tradition into the language of our time. The streets, lanes, squares and passages included in this urban development plan offer yet more variety to the extensive repertoire of European city design. Details such as fountains, street lamps and benches round off the timeless, European identity of this new part of the city. 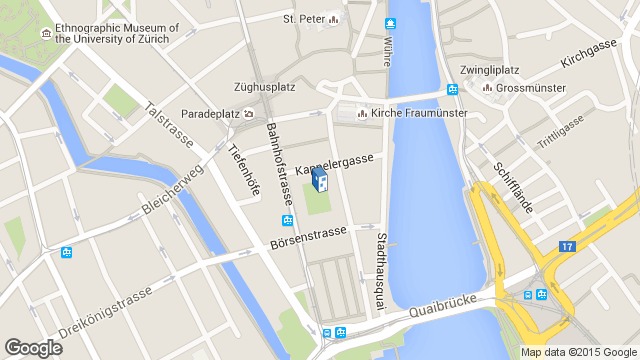