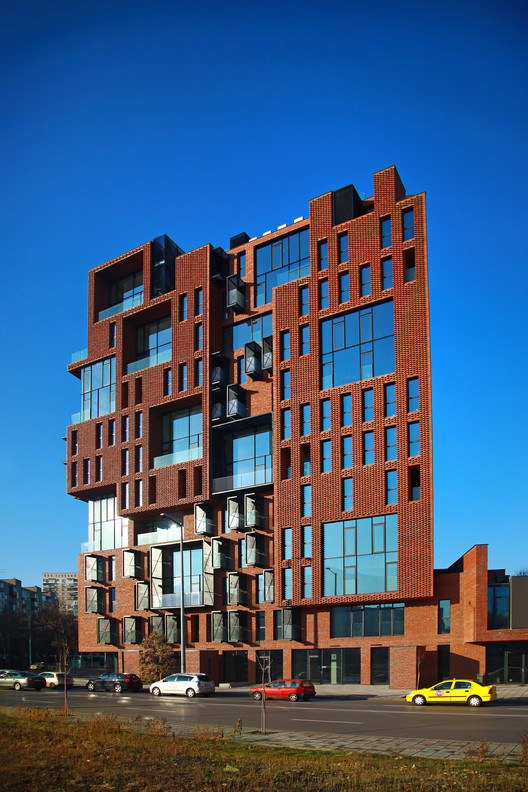 Text description provided by the architects. The surrounding neighborhood consists mostly of apartment blocks that date back from the 70’s. The buildings are large with enough space in-between and plenty of greenery. Because the whole area is built in relatively short period of time and not very long ago, it lacks the typical historic layers of the city center. Here the connection to nature is direct enough, the access to all city-conveniences – fast enough and easy, what makes the area nice to dwell. In spite of that it still lacks history, (memories of) the past and atmosphere.

The atmosphere in the city is a result of two very important factors. On one hand the connection to nature, which as already said, is granted. On the other hand – the feeling of the past, the traces of the people that have been here before us; the feeling of human community not only here and now, but also back in time. The feeling of the past alone is achieved mostly by the buildings.

Aedes Studio set the uneasy task to design a new “old building”; a contemporary building with past – a building that contains opposites. Aedes Studio wanted to enrich the neighborhood with an atmosphere from another time, to create something that makes them a flâneur (Baudelaire’s character – stroller in Paris) in the city. Aedes Studio approached this project as if they had to revitalize an old, abandoned part of the city (which is the case for harbor and past-industrial areas in many European cities). When such neighborhoods wake up for new life, they possess the charm of the past as well as all contemporary conveniences. Aedes Studio imagined as starting point an abandoned factory building, which after renovation becomes a luxury and desired place for habitation. (In Sofia such potential is held by the significant old “Sugar factory”.) But since Aedes Studio didn’t have a factory to begin with, we had to create it. This is how their “living factory” arose, characterized by many opposing ideas related to the terms “old” and “new”.

The backbone of the concept is the brick – the material that brings together the idea of old and new. Because of the many images that relate to it through the centuries, the brick itself unfolds a rich presence. It is made from clay, it is backed in fire and it is built by hand; it gathers the warmth of all those three.

The structure (old – new / harmonious order – dynamic chaos)
The code of the building consists of a perforated brick shell. Its outline deliberately follows the irregularities of the site, creating acute angles which enhance the perspective and establish а significant character. The openings are completely similar, in strict order that originates from the brick’s grid. In random places they are missing or are replaced by large break-throughs (two story windows). Where the smooth wall changes its structure, the bond changes from Flemish – every second brick sticks halfway out of the wall surface. This way the cantilevers’ grid evolves in the third dimension (with an effect on the cast shadows). Similar impressions shape the balconies – separate metal cantilevers, closed on three sides by grating. Through their proportion they make a reference to the Flemish bond (this time highly hyperbolized).

In large holes in the outer wall appear trees. They surround the building in the ground floor and keep growing onto it up to the roof. This way nature’s influence enhances the feeling of the past time and the romantic “old”. As every ordinary “factory”, this one as well has many chimneys on top. They again undergo our interpretation and are used as light shafts or as tree pots. In the ground floor this elements make an appearance, also breaking the line between inner- and outer space. On the other hand they very much resemble the sticking-out bricks of the façade, but in bigger scale. Similar scale difference is found in the relation between the two-story living room-windows to the ordinary openings.

The staircase is the most highly hyperbolized space in the building. It represents a huge light shaft, around which the platforms to the dwellings are gathered. It consists of the same perforated brick shell as the façades. Again similar to the exterior spaces, the brick wall in the inside evolves to a brick floor surface. This effect, as well as the light shaft and the tree pots create the feeling, that the ground is a potential source of the building material.

The apartments contain island-like situated volumes (rooms) away from the façade. This makes it possible for the inhabitants to notice the rhythm of the façade-openings from the inside. The double height living rooms make a reference to the New York lofts. Their bigger scale (from the inside as well form the outside) is deliberate in order to enhance the feeling of the function changes from industrial to residential. Very important feature of the building is the sports ground in the second floor. Regarding the building materials – it is treated the same way as the metal cantilever balconies, but again highly hyperbolized.

The “old”, “abandoned” and once again discovered Living factory is an environment rich in different aspects. It unifies the advantages of the contemporaneity as well as the past. This way the building doesn’t just fit it’s surroundings – it delivers what the neighborhood lacks – history, past and memories. 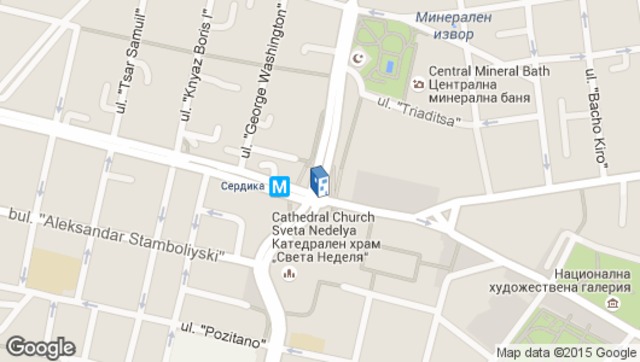