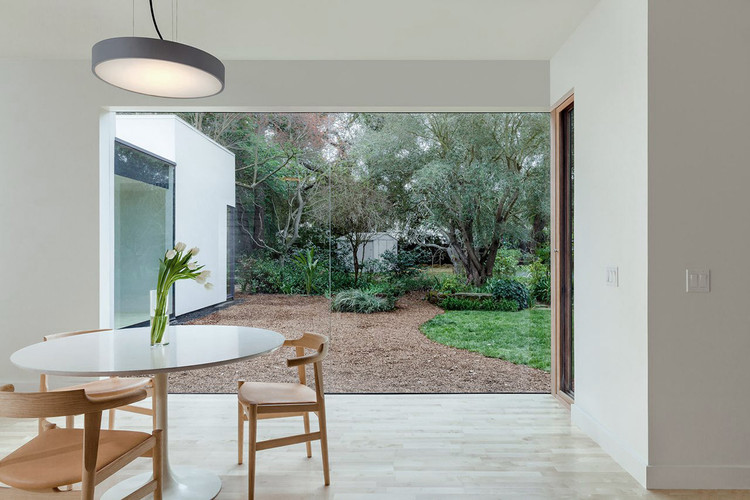 The project is the addition of a dining room, reading room and two bedroom suites to an existing 1948 adobe-brick house.Careful consideration was given to the siting of the new addition and its relationship to existing trees, the original house and a previous addition completed by JM-A in 2011 (a writing studio called the ‘Box Office’).It employs the material and formal language developed for the Box Office: spare, platonic boxes of a perceptual mass detailed precisely at their junctions to openings with a material thinness.

Four volumes control view and orchestrate movement through their various internal and external alignments. The reading of the solid/void relationship oscillates between additive and subtractive processes--on the one hand understood as a series of connected volumes while on the other seen as an initially pure box from which two L-forms are removed. The result is a rhythmic reciprocity between interior space and garden.

A strangeness of scale, already present on the suburban site with an unusually large garden and mature trees, is embraced in the addition as well. A low horizontal window, for example, adjacent to the bath in the master suite, has an uncanny presence at its exterior condition through its positional ambiguity. 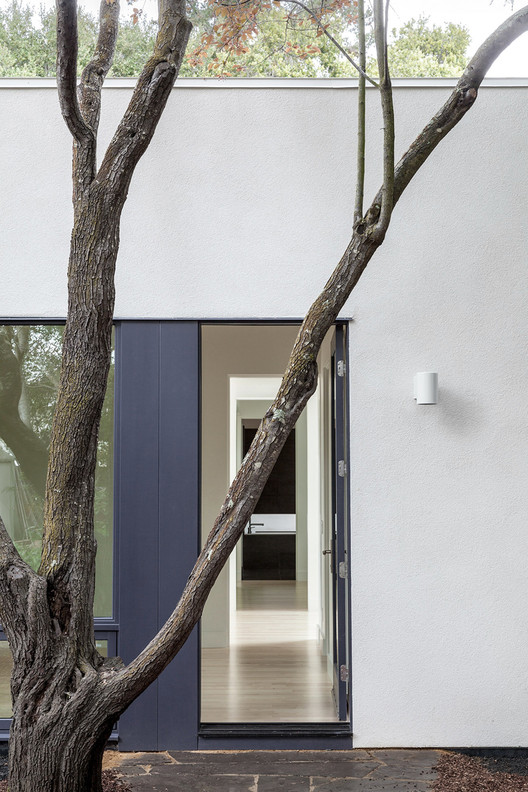