Text description provided by the architects. The sense we trust the most is the sense which exposes us the least. The sense that will bring us into direct contact with life is used the least. The first is to see. What we see, we believe, but it is what we don’t see that holds the truth of what is because then it remains undistorted by our interpretation.

We think that all perception is locked within our body: The sense of seeing from the eyes, the sense of hearing from the ears, the sense of smelling from the nose, the sense of tasting from the mouth, and the sense of touch primarily from the hands. Our garden, entitled ‘outside-in’, is conceived as a visual paradox, as device that enhances such conditions in order to make the audience realize how by relying only on sight we rely on imagination, that is to say, on interpretation.  In other words, how the sense of vision can become a shield that precludes us the possibility of having a holistic experience of life, one that involves the entire body and that extends beyond it.

The experience of the garden begins when the visitor finds himself confronted with a seemingly void space, only the sound of his footsteps walking on top of the red sand surface and a minimalist white box mysteriously levitating sixty centimeters above the ground complement his experience.

The weightless, five meters wide by eight meters long, semi-cubic volume –defined by a translucent white skin– takes almost one third of the extension of the garden and works as a floating canvas where a monochrome world of shadows is casted suggesting the presence of what seams to be a tiny and inaccessible chunk of forest confined within. Only when gazing inside –either by crouching down and looking under it or peeking through one of the peepholes scattered on top of the white surface– the visitor is drawn into an illusory space in which trees and plants vanish into the distance. An effect attained by the fact that the four interior faces of the volume are covered with two-way mirrors and thus create a seemingly infinite forest reflected in all directions.

Like the scene in ‘Alice in Wonderland’, in which Alice peers through the keyhole of a tiny door onto a beautiful garden only to realize that she is unable to enter, this inverted experience of peeking inside to actually look outside, is meant to be both engrossing and frustrating. This voyeuristic experience allows for the viewer’s presence never to interrupt the tableau: the forest remains infinite and trapped inside this solipsist hall of mirrors while the visitor is confronted with the paradox of being looking inside a box where the contained space is actually larger than its container.

‘Outside-in’ is a garden within a garden, a contemplative space, a small universe where landscape and architecture are fused to create an experience capable of raising questions rather than answering them, a live mechanism whose aim is to make us reflect on the contrast between what we know and what we see, demanding us to constantly negotiate the gap between physical reality and visual perception. It is a meditation on space, light, and the possibility of infinity as seen through the limitless reflections of a trapped narrative meticulously fitted inside a world of two-way mirrors. 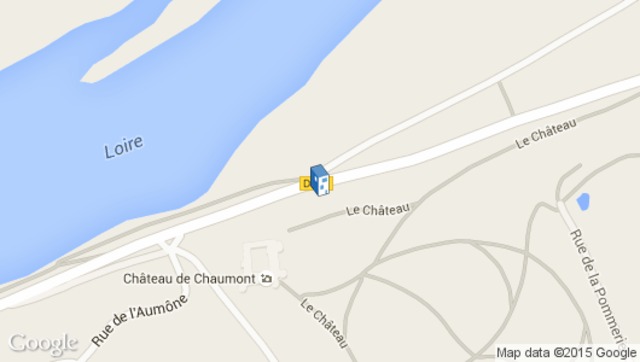 Location to be used only as a reference. It could indicate city/country but not exact address.
Share
Or
Copy
About this office
Meir Lobaton Corona
Office
•••
Ulli Heckmann
Office
•••
Julia Pakofer
Office
•••