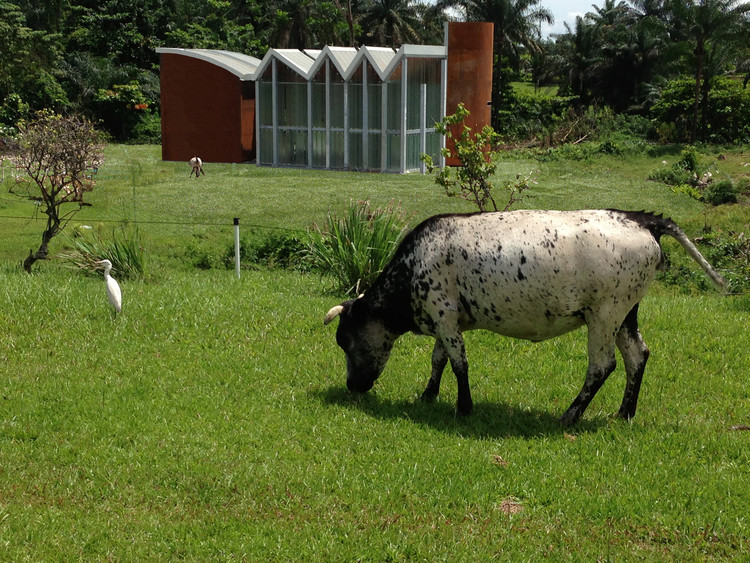 Text description provided by the architects. Revival Sunset Chapel is a public church built in a forest in the center of the capital of Gabon, Libreville. In an extremely controversial state of central Africa the primary need is to find a reference symbol that unify the moral area and the civil area. The chapel is a meeting place for the rich and the poor, where you can find yourself in the middle of a community. The building is a mix of local tradition and contemporary design. The materials used are the key to understand the complexity of the message. Cor-ten, u-glass, Carrara marble, black marble, stainless steel, aluminum, pine wood, all play a role in combating. The building is thought to human welfare, where the right mix between thermal insulation and study of air flow allows for a comfortable and without waste building, all enriched by LED lighting. The Revival Sunset Chapel exceeds the limit of religiosity to become a building for all.

FROM PROJECT TO REALIZATION

The design process began when the former minister of Gabon commissioned to Fatmaison the design of a chapel to receive the remains of his wife. The chapel was to be built with Italian materials and manpower. Once the project was defined, we decided to assemble the building (built entirely in dry-system) first in Italy in the warehouse of the manufacture. The chapel was then disassembled and shipped via container in Libreville, to be rebuilt on site.

The Chapel is situated in the center of Libreville, the land owned by the former Minister of Gabon, close to his home. The place is characterized by a dense forest that covers the building on three sides, creating a suggestive frame.

The cultural and territorial context of Libreville is highly controversial. In the city, along with extensive forests and agglomerations of buildings poor-looking, you can find buildings from high architectural value. These are mainly facilities that host hotels, institutional and religious functions or major retail. The chapel in this way becomes part of an architectural scenario extremely rich and varied.

It 's African custom  don't dig up the dead and don't move their graves. The original tomb was located not far from the house of the minister, and was behind the forest. The chapel was then built around the grave to meet the customer's request.

Once completed the construction of the building, the tomb was covered with black marble, in agreement with the pavement.

Since this is a private chapel, during the design time we tried to express through architecture the direct link that binds the death, and then the grave, to God on the altar. This choice is evident in the use of materials and the study of space, proportion and visuals. The building is in fact full of solutions symbolic value, intended to emphasize these concepts.

The chapel is a metaphor of life after death. The floor and walls of the tomb and altar in black and white marble of Carrara, the shape of the altar, the cor-ten used both for the mausoleum to the apse, the cross from which light enters at sunset, water that is discharged in the vicinity of the tomb when it rains , the narrow entrance, the visual relationship, those are all elements that have strong symbolic value and which refers to the themes of the Christian afterlife.

The container ship in Libreville took 40 days to reach their destination. The chapel dismantled crossed the Atlantic Ocean to go to site, where, after reaching the labor force was reassembled in less than a month.

SITE IN LIBREVILLE: CONSTRUCTION IN 26 DAYS

It was used less than a month to build the chapel. This is due to the pre-construction in Italy, to the planning of the site, to the collaboration with local workers (who set up the site and laid the foundation slab) and the montage completely dry.

The inauguration of the chapel was organized a Mass and a party with buffet. Were invited all the leading authorities in Libreville and Gabon and set up tents for 700 people, which lasted a whole day. 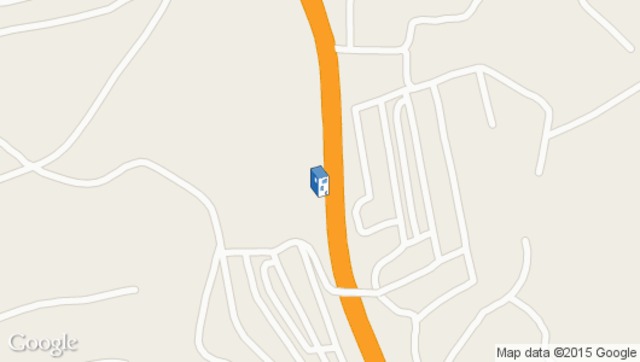