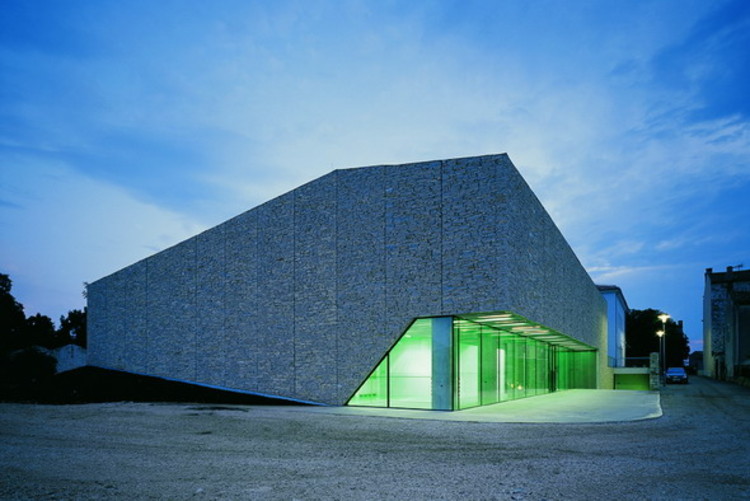 Text description provided by the architects. Bale (Valle in Italian) is a small place in Istria with a population of 1000 people. The new sports hall is adjacent to the old school, and due to the size of the village itself where this building is the second largest after the church, it will also be used as a public facility for various social gatherings. The size of the building has been defined by the basket ball playground and modified by additional facilities on the gallery: a fitness centre and a sauna, while the locker rooms are planned as an extension to the school.

The traditional local dry stone wall motif has been used as a template for the whole surfacing, and the small traditional stone hut, the so called kažun, an example of the archetypical structure has been used as the basic structural pattern. The sports hall solution plan has been made to meet the design and construction time schedule of 11 months, which was possible only by using RC prefabricated elements. All the bearing and façade elements of the sports hall have been made from prefabricated elements. Its integration into the environment has been achieved by minimizing its size, blending with the landscape but also by using local stone materials for façade surfacing which gives to this modern building the appearance of an traditional house. 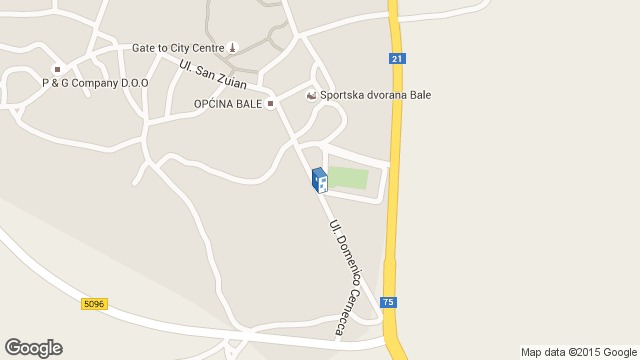 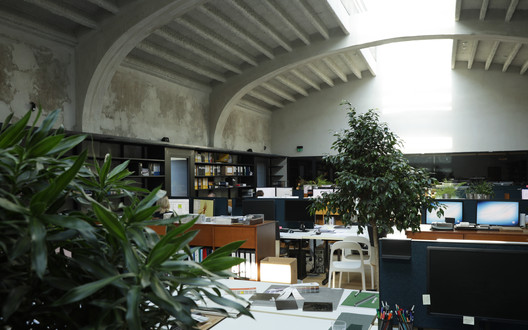