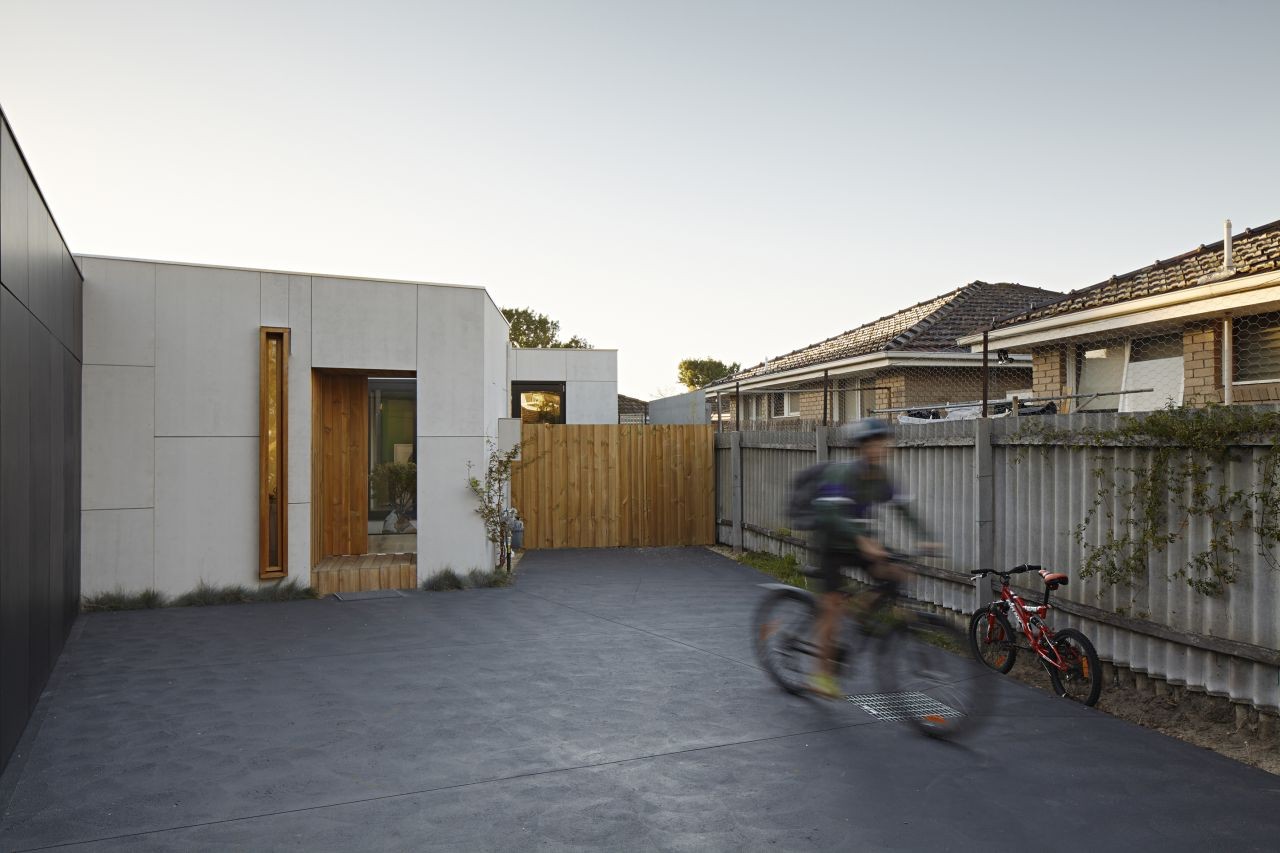 Text description provided by the architects. In response to increasing population densities in the suburbs, the Australian government over 10 years ago introduced strict town planning guidelines specific to residential projects. Dual occupancy developments are new dwellings inserted into backyards of existing houses with a min. ‘leftover’ area of 300m2. In addition to planning constraints defined by setbacks from the title boundary, the proposal had to be single storey, provide facility for 2 car parking spaces, outdoor amenity areas and steer clear of existing unbuildable sewer and water supply infrastructure. In summary, the remaining buildable area translated to no more than 140m2. Due to the high labour cost of building in Australia and in the interest of reasonable return in capital; the maximum and efficient use of the site is inevitable and mandatory.

Despite the challenge posed by the pragmatics of the site, the architectural intent had to remain and drive the project. The site is flanked on all sides of conventional brick veneer dwellings typical to most Australian suburbs. The challenges of the site extrapolated a transparent building, the intent being that a clear line of sight would artificially enlarge the building. By dissolving the walls, the building feels more expansive than it actually is. It is awash with light, the transparency allows for constant glimpses and unexpected visual connections thereby encouraging physical engagement. The widths of the room or spaces are kept to a minimum to keep the structure simple and save on costs.

There is not a single steel beam or column. The study to the laundry flare out dimensionally and in sequence as deemed necessary by the pragmatics of functionality specific to the use of those rooms. Money saved were consequently spent on better finishes and environmentally sustainable features such as rainwater harvesting for toilet flushing, garden taps and higher quality insulation materials. The external cladding selected does not require an applied finish. The vertical slot window to the study is a leftover timber structural member found and fabricated onsite. The building’s overshadowing pattern is used as shade rather than constructing a separate roof covering. Often in dual occupancy developments, physical title boundaries are blurred, where private, public and common property begins and terminates.

The proverbial Australian timber paling fence is celebrated, a material used in practically every building typology throughout Australia and consistent with the Australian vernacular. It is abstractly applied to the entry door to explicitly delineate where 'private' begins and a reminder of what was previously there. 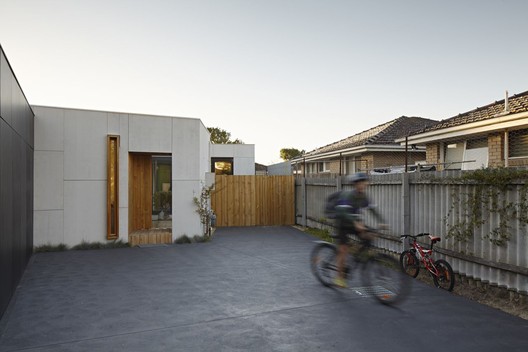