Save
88 Homes in a Cooperative System / Salgado + Liñares Arquitectos 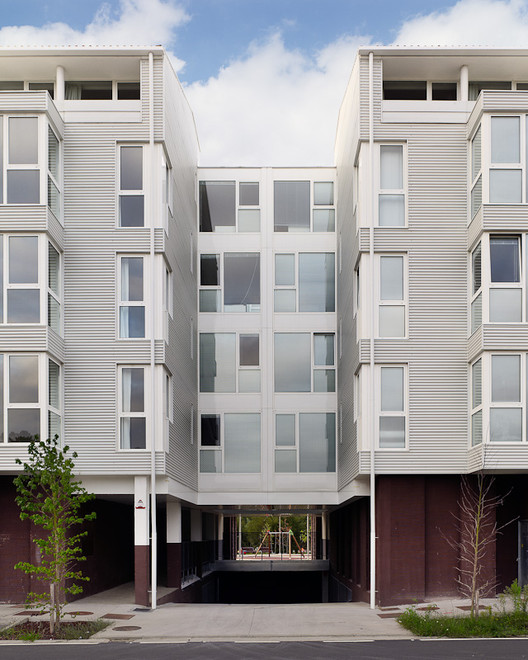 The General Plan defined for this area a wide central park with linear blocks of houses in its perimeter. And here are derived two problems with a difficult solution: the first, the excessive length of the blocks, up to 150m, which set up a continuous fencing and hamper or complicate the required permeability with the central green area; and the second, a building depth of 24m, which condemns the housings of the central area of the blocks to insufficient light and ventilation, in addition to depriving them of a correct sunlight.

In short, The Project of 88 homes in a cooperative system should be formulated saving these two initials and free conditions policy. Therefore, we define exempt blocks of approximately 24x24m -with six homes per floor- separated 5m from each other, but promptly joined in higher floors by “hanging living rooms” , that are retracted from the facade but maintain the unity of the whole.

In conclusion, it favours the necessary permeability with the central park, at the same time, it responds to the correct sunlight of the rooms, all of them exterior, so the central courtyards limits its role , its contribution of light and ventilation, to the central spaces of communication and services. 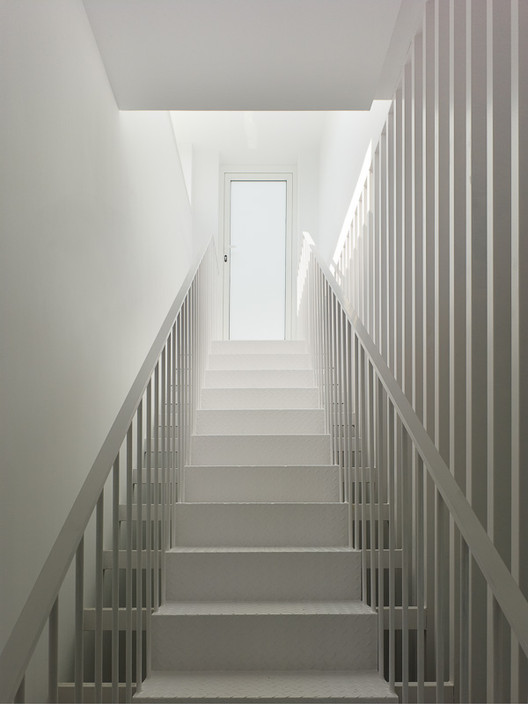