Surrounded by a number of influencing factors, the proposal for the Wonsan International Airport by PLT is to service both passengers and cargo. The main concept is based on the combination of the country’s past traditions and today’s technological abilities. The shape of the terminal was chosen by sustaining on the traditional form of the drum. As there are many different types of drums, two shapes were selected and integrated into the building design. More images and architects’ description after the break.

In the north are located villas with large dispersed buildings that are currently connected to the south via two road systems. Directly to the west of the airport site is a large hill area which acts as a buffer between the existing urban area and airport site. Further west is the built up waterfront urban area used for commercial purposes. Connected to this commercial zone is a large rail depot to the south. Directly south of the site is located farming and a number of standing and flowing water bodies. Both to the east and west the site is surrounded by the sea.

The terminal will be 12,000sqm and 2 storeys in height, which will include a customs inspection facility and auxiliary facilities. The main road access to the airport comes via the commercial zone in the west and south via the existing farming area. Service and maintenance roads ensure adequate connections between the airport terminal runway and auxiliary facilities.

The runway is well connected to the terminal via a taxiway and rapid exit taxiway. The design is intended to make vehicular movement around the site smooth and efficient. The large apron area allows for the desired maneuvering of  large aircraft. In order to meet relevant aerodrome standards  two clearance zones have been located at each end of the terminal. In addition, Incident Command Systems  (ICS) have been placed to ensure appropriate emergency responses can be made in the event of an accident.

A number of future expansion zones have been included on the site. The design ensures future expansion can occur without causing major disruption to the existing airport facilities. The building visually has two layers linked together and supporting each other. These two shells demonstrate two different  forms from the two traditional drums: one bending inward and the other bending outward. The shape of the first drum was used for the internal structure and the  shape as well as the structural strings of the second drum was applied to the external building skin structure of the terminal.

The 1st Floor is mostly used  for arrival and commercial, while the departure area s are situated on the 2nd Floor.  There are an atrium in the central of the building which is used as outdoor common space. 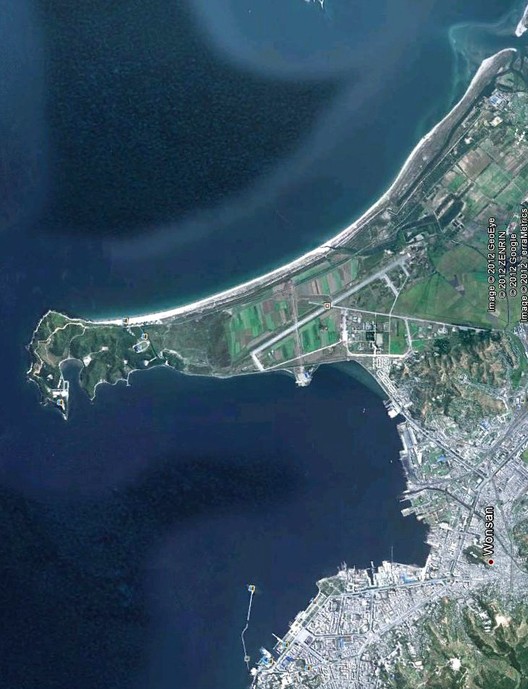