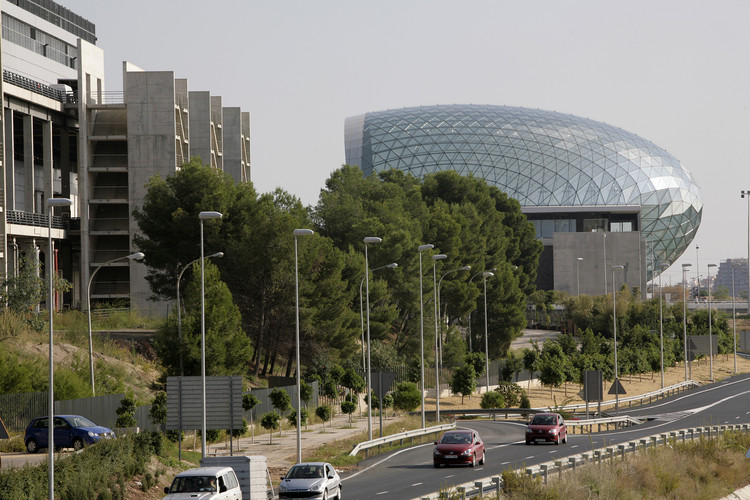 Text description provided by the architects. The new Feria Valencia needed an emblematic building that could identify it architecturally and convey a message of modernity, capable of reflecting its new spirit as a prestigious business center and institutional site. This role was specifically given to the Events Center.

To reach the Center, visitors walk under a pointed arch that opens into the glass vault above the central hall of the building, a reception area for visitors. The height of the hall and the lightweight materials used in construction make it a truly striking space. This area also visually links the four floors of the building and diffuses the natural light that filters through the dome. At night, the opposite effect takes place: the artificial light of the Center is projected towards the outside.

The roof structure is integrated by steel discs that serve as nodes and by steel bars that support triangular glass panels. A second disc, positioned above the first one, fastens each triangle by its apex. The outside layer provides solar control and ensures greater reflectivity protecting the space from excessive light. The northern and southern sides of the building have ventilated façades that help avoid condensation and the surfaces.

The program of the building includes four conference rooms with capacity for 80 persons each, two assembly rooms for 120 persons convertible into a single space with a dynamic panel system, an Auditorium for 400, a second one for 750 (both include audiovisual control and simultaneous translation), meeting room for 65 persons, press room, VIP room, treasury, event office and restaurant, as well as five meeting rooms for 20 persons, storage and restrooms.

Feria Valencia has the largest exhibition center in Spain and one of the largest and most modern in the world. With a total of over 230,000 square meters of floor area has eight multipurpose halls, meeting rooms, conference rooms and 68,000 m2 for parking.

The Feria Valencia are only five kilometers from the center of the city of Valencia in a northwesterly direction and five minutes from the international airport of Valencia (Manises). It also has regular bus, tram and subway connecting the fairgrounds to the city.

Likewise Feria Valencia has a complete infrastructure for holding and organizing conventions, conferences and other large events. The versatility of the Feria Valencia makes possible the simultaneous holding of different activities with maximum comfort. 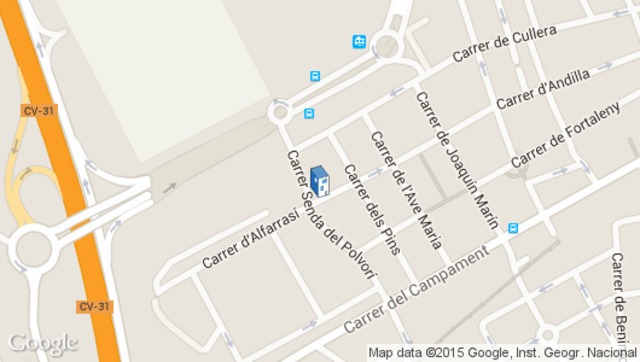