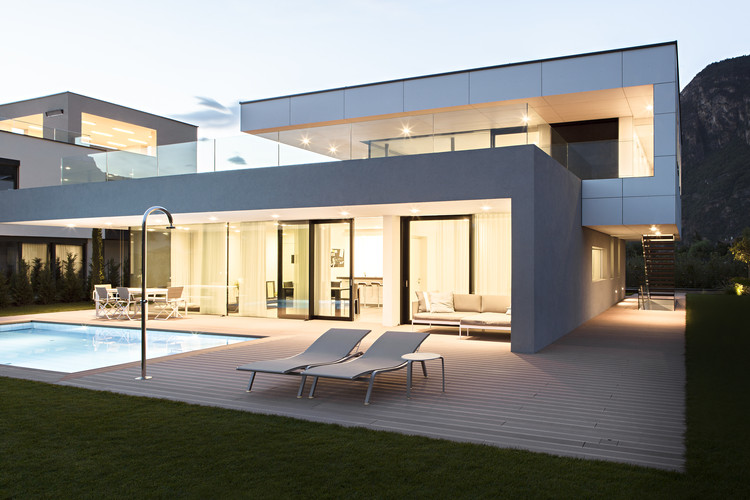 The project M2 at Bozen-Moritzing is a Klimahouse A which hosts two accommodations on separate floors. Because of his punctuated facade in the north and the east it seems closed to the access road. The plastered basement serves as pedestal for the smaller upper floor, which is covered by cladding sheets. To the garden - towards the south and the west – the house opens because of a generous glass façade.

The two flats are protected against strong insolation in summer by overhanging roofs. The ceiling of the basement serves to the upper floor as a roof terrace, whereas on the roof of the upper floor is the photo-voltaic plant.

The apartments have a direct access from the underground car park.

A continuous wall, which passes parallel to the exterior walls, separates the night area from the day area, which is turned to the glass façade.

This creates a clear separation in areas with different lighting qualities.