This monument is situated in the home town of Pedro Almodóvar, Calzada de Calatrava, in the heart of La Mancha.

The competition asked about to link the birthplace of Almodóvar with his cinematographic work, strongly market with the presence of the culture and the landscape of his land. The main idea of the project was, in consequence, to honor La Mancha, fitting in the monument the flat skyline, like it was a frame of an Almodovar´s movie. The landscape remain captive into the monument.

The stepped form of the structure is inspired in a camera focus, as well as its shape, resolving at the same time the accessibility of the monument to be used as a meeting point, a belvedere of the landscape, a place for concerts or the Almodovar´s awards scene that the town concede every year.

The park where it is situated forms a little hill, that let the monument to be seen from the road arriving to the town and to have a big prominence.

The red colour is a wink to Almodóvar, who recognize himself with this colour. The walls are textured wih shapes that remains his films.

The monument was constructed with dry self-compacting concrete developped by CEMEX, wich let to be transported to the place with the mixture measured from the headquarters, being only hydrated at the work site. This peculiarity let to make an specific concrete in a place so isolated, where there was no possibility to get technological concretes. The fact of being dosed in advance let to get a better homogeneity and a perfect coloration, avoiding as much as possible mistakes in the dose of colorants and additives.

This kind of concrete was also chosen because its capacity to reproduce textures, as well as the ability to flow across high density steel frameworks. It doesn´t need to be vibrated, so it was also easier to avoid segregation. 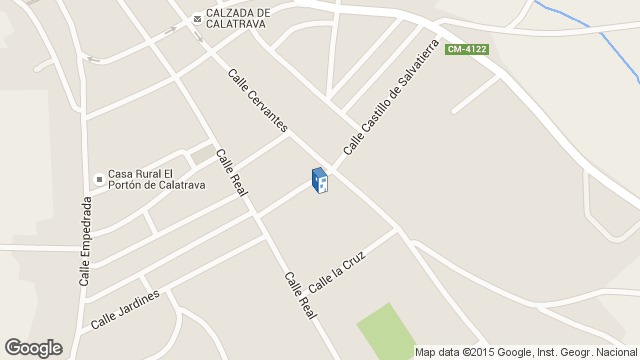 Location to be used only as a reference. It could indicate city/country but not exact address.
Share
Or
Copy
About this office
Enproyecto Arquitectura
Office
•••