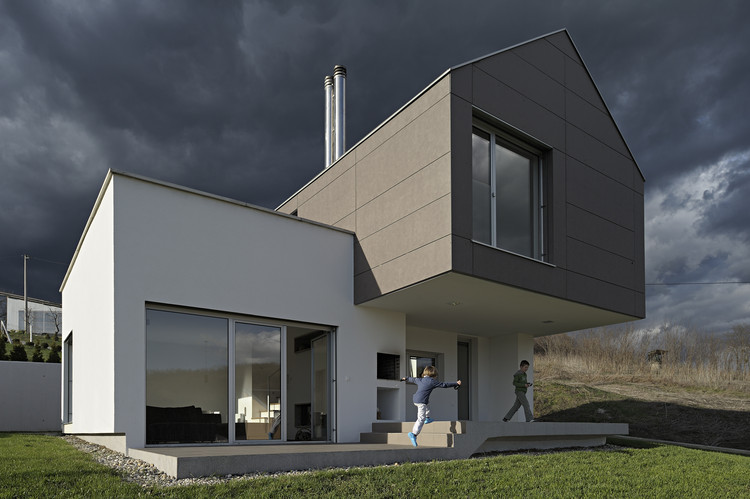 Purpose and location of the building

The aim was to create a flexible residence with two bedrooms by redefining the archetypal idea of a family house.

The basic demands were to enjoy the view from the most parts of the house and the possibility of using the outdoor spaces throughout the year for activities such as dinner and childrens play.

GV-17 is one of the four different types of  houses that constitute the Sport resort of St. Martin. Surrounded by an orchard,  the site enjoys an ability of amazing views (towards the thick forest...).

Concept and morphology of the building

The concept was to start from the simplest idea of the house and rotate the upper part. By doing so the architects formed an "L" shaped elevation which accentuated the entrance and covered part of the terace on the ground floor.

The ground floor is divided into two levels following the smooth slope of the terrain overlooking the landscape below. The first floor consists of two bedrooms and a study gallery in between which opens to the terace on the west. Considering the orientations, the simple planning creates clean, elegant and functional internal living spaces

The exterior walls of the building are made of 20 cm brick and concrete and a 20 cm termoisolation layer. On the ground floor the walls are colored in white as a contrast to the dark cement plates on the upper facade. The roof is covered with the same dark panels which adds a final touch to the design of the house. 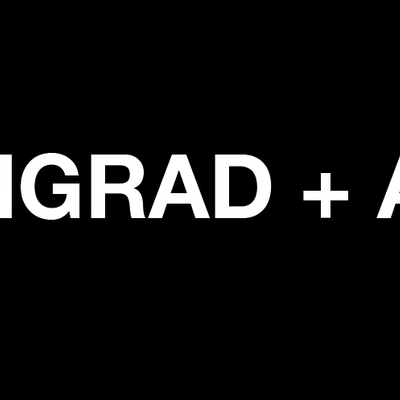