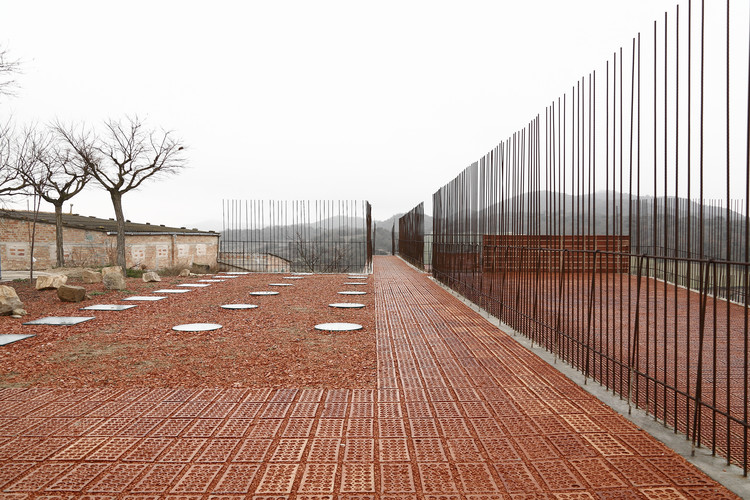 Text description provided by the architects. During January of 2007, the construction works of a secondary pipe of the water distribution mains in Segarra-Garrigues system, caused an unexpected appearance of archaeological ruins from an ancient construction for 4.800 years in Seró (Artesa de Segre, Lleida). The most important point of this discovery was the megalithic nature of sandstone slabs and specially the accuracy of geometrical decoration sculpted. Stones with soft relief that, at the same time, were parts of ancient statues reused from a previous sculptural monument.

Two patches that are not in use and next to the scales square, is the place where is projected and built an small cultural building with different type of uses and spaces. A construction projected with local materials that, at the same time, is the topography to beat the drop of one floor between square and patches. A succession of mild ramps with soft and elastic limits made of corrugated steel that suggests different paths and covers the different conditions of the public spaced projected... clay and humus plattform between the square and the prepirinenc horizon, cliff plane as a viewpoint on the fourth of steles where we can see the archaeological ruins... a corner space looking to west orientation with winter sun and vegetal cover during the summer, some banks recycling the stones of one of orchards and different carpets of floors alternating the use of materials such as clay, iron, topsoil, granite gravel… the shadows of two hackberry recovered... and the memory of the old orchard with the spontaneous regrowth of chard. In the inside, the space of the wine offers the product of the local cooperatives, and at the same time is the village bar.

Also a multipurpose room that blends the daily uses as a social centre with the introduction to the museum area where is documented the discovery and are showed the pieces of the megalithic tomb… finally start entering to the room of the stele …a spiral tour with an almost imperceptible slope… surrounded by ceramic pieces that lets in the dim light, the air, the smells of the countryside, the fog… light intensity goes down, the ceramic pavement disintegrates, and to get to the camera the overhead light focuses the eye on the etched surface of each of the stele… silence… slowing time in a space of accurate contemplation, in a horizontal plane of clay powder showing the footprint of each visitor… quietly and in reverse start to go out with no possibility of crossing with other… gradually intensifying light and noise, until the horizon of a wheat field comes to find us and takes us back to the common agricultural landscape of the area. 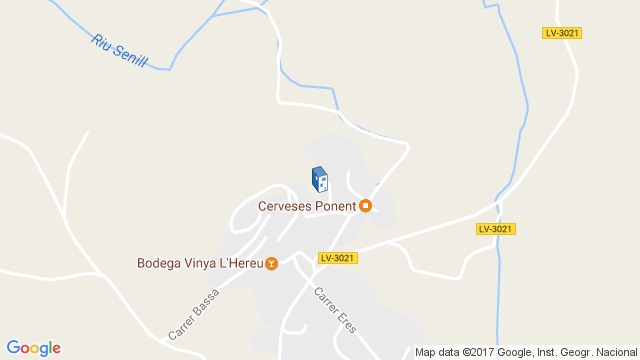